"I loved working with Mohit and Shraddha and the entire team. It has been a difficult film for me emotionally because of the character I am playing. I have really enjoyed myself putting out there," said Arjun Kapoor 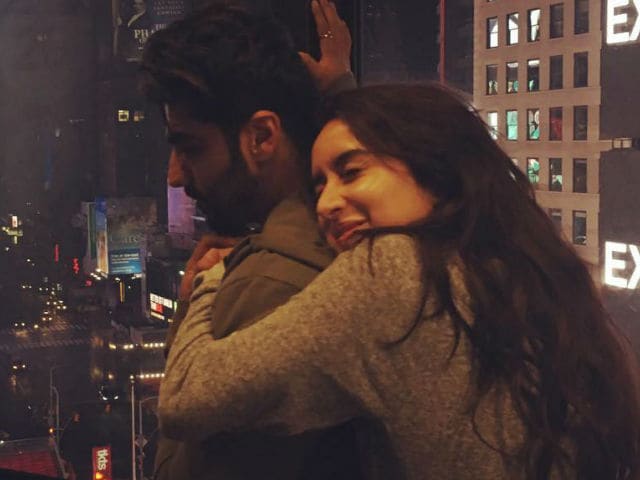 Actor Arjun Kapoor says working on his upcoming movie Half Girlfriend has been an emotionally grueling but fun. The 31-year-old actor plays the role of Madhav Jha a young man from Bihar in the Mohit Suri-directed film, which also stars actress Shraddha Kapoor as the female lead.
"It has been an amazing experience working on Half Girlfriend. I loved working with Mohit and Shraddha and the entire team. It has been a difficult film for me emotionally because of the character I am playing. I have really enjoyed myself putting out there. Fingers crossed, hopefully, people will enjoy the film as much as we have enjoyed making," Arjun told PTI.
The movie is based on Chetan Bhagat's novel of the same name and the author is also one of the producers on the project. Arjun said Chetan was very cooperative and did not interfere during the making.
"The best part about Chetan is he is non-interfering. He has never once come and told us that 'I feel it should be this way and not that'. He is very collaborative. He takes a back seat and has allowed us to take his material and make it our own. It's been a very good collaborative experience," he said.
The actor has also been part of the movie adaptation of Chetan's novel 2 States and even though he will love to collaborate with him in future as well, he will not push the author or the filmmakers to cast him in the movie version of his other books.
Half Girlfriend will release on May 19, 2017.
Arjun says his choice of movies is influenced by the kind of cinema he has watched growing up.
"The choice of films I make is directly proportional to the kind of cinema I have grew up watching. I also don't stick to working with a fixed set of filmmakers. The versatility is partially intentional. And, I will continue to be making such choices," he said.
"Today, the biggest risk is to not take risks. In the beginning, I got different kind of roles and then I realised it's great to be that way. And that thought is always there before signing a film. I aspire to play interesting characters," he added.
Arjun's next venture is director Aneez Bazmee's comedy movie Mubarakan, which brings him and his uncle Anil Kapoor together for the first time. The actor says the cast will start filming for the movie in November and he is excited to work with Anil.
"Working with Anil chachu will be a learning experience and a great fun. I am excited about the project as it is my first out and out comedy. Working with Aneez Baazmee will again be a great experience," said Arjun. Also starring Athiya Shetty and Ileana D'Cruz, the movie will hit the theaters on July 28, 2017.
(Except for the headline, this story has not been edited by NDTV staff and is published from a syndicated feed.)