"There is no hunger to be seen and being noticed every time. I am waiting for the correct script," said Arjun Kapoor 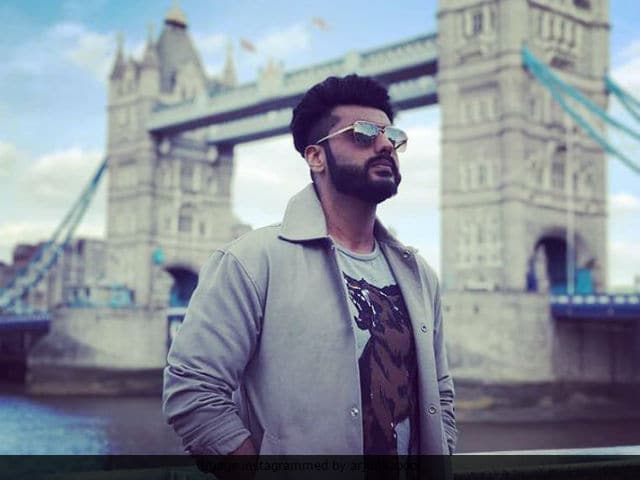 Actor Arjun Kapoor is busy promoting his film Half Girlfriend along with Shraddha Kapoor. The 31-year-old actor, who made his Bollywood debut with Habib Faisal's Ishaqzaade, told news agency PTI that quality of the film script is of utmost importance to him. "I have not signed any film after Mubarakan but that is okay and I have done that in the past as well. It is not that I am not going to do a film. It's been a year since I did a film after Ki and Ka. Also there was a gap between Tevar and Ki and Ka." PTI quoted Arjun as saying.
The Gunday actor added: "There is no hunger to be seen and being noticed every time. I am waiting for the correct script, you don't have to be jumping around and signing films just because you don't have work."
Arjun Kapoor told PTI that he is waiting for an 'exciting' project to come his way. "It never worries me as an actor (to not do films) as it happens in every actor's life. I can't be picking up work just to stay busy there is lot of money riding on a film then there has to be interest and excitement for the film."
"As an actor I feel lucky to be getting enough opportunities to choose from what I want to do next. But it is my choice to select the correct project. I am sure I will find something that is exciting by the time Mubarakan releases," PTI quoted Arjun Kapoor as saying.
Half Girlfriend, directed by Mohit Suri, is based on Chetan Bhagat's novel of the same name. Arjun Kapoor will be seen portraying the role of Madhav Jha, a guy who hails from Patna, Bihar. Shraddha Kapoor will be seen as Riya Somani, a Delhi-based student. The film is scheduled to release in theatres on May 19.
The cover of Filmfare magazine's May edition features Arjun Kapoor and Shraddha Kapoor. The magazine's official Instagram page captioned the image as: "It's a sizzling summer!#ArjunKapoor and #ShraddhaKapoor heat it up on our latest cover. Double tap if you love their chemistry!"


It's a sizzling summer!#ArjunKapoor and #ShraddhaKapoor heat it up on our latest covee. Double tap if you love their chemistry!

After Half Girlfriend, Arjun Kapoor will be seen in Mubarakan, directed by Anees Bazmee. The film, which also features Anil Kapoor, Ileana D'Cruz and Athiya Shetty in lead roles, is slated to release on July 28.