Arjun Kapoor Says The Concept Of Half Girlfriend Is 'Not Frivolous'

"It is not frivolous. The concept of the film is not having many half girlfriends, half boyfriends. It is an emotional situation. It is a relationship," said Arjun Kapoor 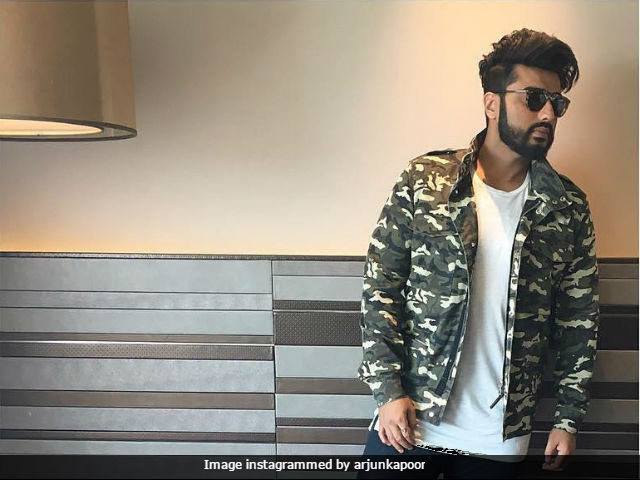 Actor Arjun Kapoor's film Half Girlfriend, co-starring Shraddha Kapoor is all set to release in theatres on Friday. Ahead of the release, the 31-year-old actor said the concept of Mohit Suri's film is not 'frivolous.' Describing Half Girlfriend as a 'quintessential love story,' Arjun Kapoor told news agency PTI that certain relationships cannot be categorized as 'mere boyfriend-girlfriend relationship'. "It is not frivolous. The concept of the film is not having many half girlfriends, half boyfriends. It is an emotional situation. It is a relationship," PTI quoted the Ishaqzaade actor as saying. Half Girlfriend is based on Chetan Bhagat's novel of the same name.
"You feel the bond, you connect with somebody. There are relationships beyond boyfriend and girlfriend who are more than your friends," PTI quoted Arjun Kapoor as saying.
In Half Girlfriend, Arjun Kapoor will be seen portraying the role of Madhav Jha, a man who hails from Bihar. Speaking about his character in the film, Arjun Kapoor told PTI that shooting for the film was an 'eye-opener.'
"We somehow realise there is a much bigger India out there. It is an enriching and very humanising experience for me, a boy who grew up in a big city," PTI quoted Arjun Kapoor as saying.
Arjun Kapoor was last seen in R Balki's Ki and Ka, co-starring Kareena Kapoor.
After Half Girlfriend, Arjun Kapoor will be seen in Mubarakan, directed by Anees Bazmee. The film also features Anil Kapoor, Ileana D'Cruz and Athiya Shetty in lead roles. Mubarakan is scheduled to release in theatres on July 28.
(With PTI inputs)