Arjun Kapoor gets emotional on his mother's death anniversary and shares a picture with a caption: "Come back na, please..." 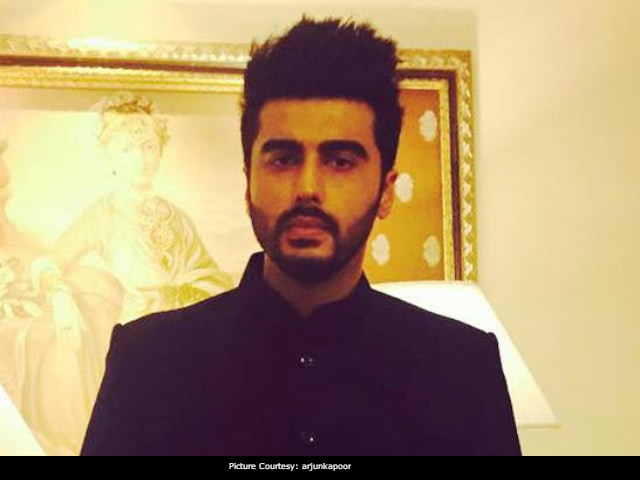 Arjun Kapoor will next be seen in Half Girlfriend (Courtesy: @arjunk26)

Actor Arjun Kapoor, who has always added a comic twist to the Koffee With Karan show, got emotional on his mother Mona Shourie Kapoor's death anniversary, March 25. The Gunday actor shared a throwback picture of himself as a young boy. Arjun, 31, shared his childhood picture, in which he can be seen sitting with his younger sister Anshula Kapoor and late mother Mona. He posted the picture along with the caption: "Come back na, please." Mona Shourie Kapoor, who was Boney Kapoor's first wife, died on March 25, 2012 due to multiple organ failure after her battle with cancer.

This is not the first time Arjun shared an adorable picture of himself with his mother. This is what he shared previously with the caption: "It's been 4 years mom but thank you for holding my hand and walking me through this difficult life hope you are happy wherever you are."

Arjun's mother was the CEO of Future Studios, which is the largest ready-to-shoot indoor studio in Mumbai, and was a production co-ordinator for the films Sheesha (casts Mithun Chakraborty, Munmun Sen and Mallika Sarabhai) and Farishtey (casts Dharmendra, Vinod Khanna, Sridevi and Rajnikant).
On the work front, Arjun is currently shooting for Aneez Bazmee's Mubarakanwith his uncle Anil Kapoor, actress Ileana D'Cruz and Athiya Shetty. Arjun is also awaiting the release of his upcoming movie, Half Girlfriend, also starring Shraddha Kapoor.