Arjun Kapoor's Rise And Fall as Explained by the Actor

"I have the ability to pick and choose where and what I want to do. I still have that option in hand which a lot of actors don't have. So, why would I feel pressurized seeing other's work? I concentrate on my work," said Arjun 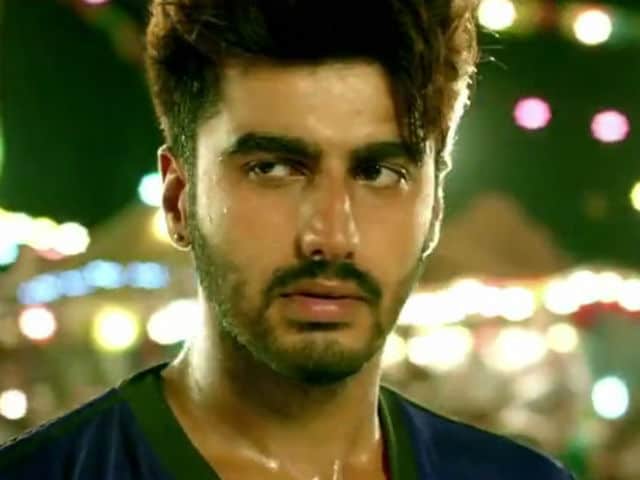 Arjun Kapoor in a still from Tevar.

Actor Arjun Kapoor does not feel threatened by the competition in the industry as he said that unlike others, he is fortunate to have the option to pick and choose his films and directors.
Arjun, 30, is in his fourth year in Bollywood and is content with the pace of his career. He has starred in films like Ishaqzaade, 2 States, Gunday and Tevar.
Arjun said that rather than being bothered by others bagging better roles and films than him, he prefers to concentrate on his own career.
"I have never felt that way. I am among the fortunate few 10-12 people who can be selective about their work and choose who they want to work with and what they want to do. I am very blessed to be in this profession and be loved," Arjun told PTI.
"I have the ability to pick and choose where and what I want to do. I still have that option in hand which a lot of actors don't have. So, why would I feel pressurized seeing other's work? I concentrate on my work," said Arjun.
For Arjun, having a long career in films is important as opposed to a quick rise to fame and an equally sudden fall.
Arjun wants to sustain in the industry for a long time so that he is able to play the main lead in films till the age of 46.
"It is a very long race. The shelf life of an actor is 30 years and 20 years as the main lead. I started at 26 and till about 46, I want to play the lead. In the first four years, I can't think of being competitive. I have to just cement my place and lay a foundation to build on.
"It is survival of the fittest not quickest. You can rise but you have to sustain. I have been rising very, very slow and I prefer it like that," said Arjun.
Arjun was at the receiving end after the failure of his 2014 film Tevar, produced by his father Boney Kapoor, with many even writing him off as an actor. He managed to silence critics with his recent release Ki and Ka, which fared well at the box office.
Arjun, however, remains unfazed by his unsuccessful films or criticism as he said that he never dwells on the negativity and has accepted that failure is an integral part of an actor's life.
"I just want to keep doing my work. Hits and flops are a part of every actor's life. No actor is complete without failure. But yes, it is always positive to have a hit. It is not about what others feel but you need to feel happy about what you do," said Arjun.
Arjun said that he wants to build on the success of Ki And Ka and is working hard on his next film Half Girlfriend, which is based on Chetan Bhagat's novel of the same name.
This is the second collaboration between Arjun and Chetan Bhagat, with the actor having previously starred in the film adaptation of 2 States, written by Chetan.
"I am fully engrossed in preparing for the film. I have become the go-to guy for Chetan's novels. It's nice because he writes for every man in India and to get to represent that as an artiste is quite a compliment. This film is an exciting space to be in because it has got all elements to be a pan-India thing, yet it is urban, contemporary and speaks of a relevant issue at the same time," said Arjun.
Half Girlfriend, to be directed by Mohit Suri, will feature Shraddha Kapoor opposite Arjun. It will go on floors next month in Delhi.
About his role in Half Girlfriend, Arjun said: "He is a guy from a different world. Yet he has got the vulnerability. It is going to be a very new performance."