Arjun Rampal: I see myself evolving from film to film 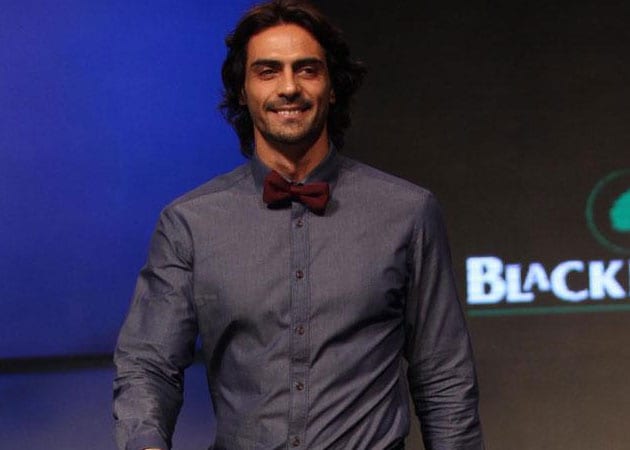 Arjun will be seen next in Prakash Jha's Satyagraha

Arjun Rampal did not have a glorious start in Bollywood, but shot to fame with his bravura performance as a rockstar in Rock On! and since then there has been no looking back for the National Award winning actor.

Arjun Rampal did not have a glorious start in Bollywood, but shot to fame with his bravura performance as a rockstar in Rock On! and since then there has been no looking back for the National Award winning actor. He feels that he has grown with each film and finds his 12-year journey in the industry "great" and "enjoyable".
If he made a humble beginning with a dud like Pyaar Ishq Aur Mohabbat in 2001 followed by a string of flops, the actor reinvented himself successfully with Don in 2006 and came into his own with Om Shanti Om.
But the icing on the cake was his award-winning performance in Rock On! and the success of Raajneeti and Chakravyuh cemented his position in filmdom.
Encapsulating the lows and highs of his career, he said: "It has been a great journey."
"I see myself evolving from film to film. It is good to be in that space. I am enjoying that part," Arjun, whose journey started in showbiz as a ramp model, said.
What is your criterion while selecting films?
"I look at what's my scene and part. I need to see what is the starting point of my character and where does he reaches. If I can identify with the journey, then I go ahead. This is for all films," he said.
A convincing story is equally important for the 40-year-old.
"I think you should be a part of a different kind of cinema as long as you have conviction in it and you can believe in it. I would like to be a part of comedy, provided I think it is very funny. The films, which I chose, are the films, which I would like to watch," said Arjun.
He did Housefull, which had an ensemble cast and it is the case with his forthcoming political thriller Satyagraha. Directed by Prakash Jha, it stars a host of actors - Amitabh Bachchan, Ajay Devgn, Manoj Bajpayee, Kareena Kapoor and Amrita Rao.
"I look at a film as a film. It could be alone as an actor or with more actors. At the end of the day, it is a film. The film and the story are more important. Maybe those kinds of stories with more actors excite me. You don't plan and say that this is my solo film. I think art can't be calculated. When you have to work as an actor, you just go out there and surprise your audience," he said.
But Arjun admits working with a talented director and star cast makes it easier.
"It is about the film - what is the director trying to say and if he is able to do this without the film becoming dry and boring. When you are working with good actors, it makes your job easier," he said.
Talking about future projects, he said: "Next, I am going to be shooting for Villain and then Roy."