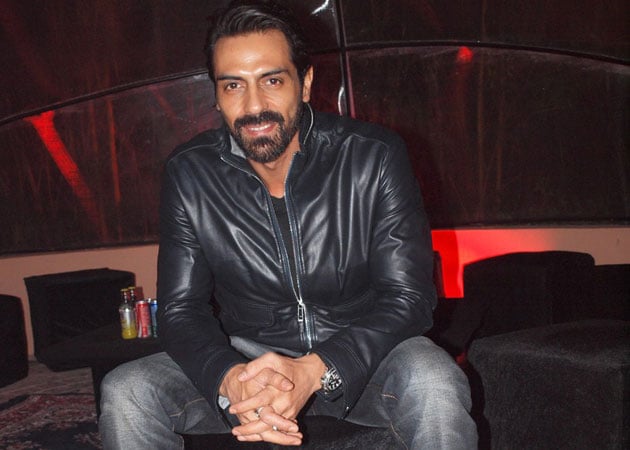 Arjun Rampal believes he has finally found his space in the industry.

Arjun Rampal believes he has finally found his space in the industry.
The former model is no longer referred as a non-actor, thanks to films like Rock On, Rajneeti and Chakravyuh which brought his talent and versatility to the fore.
"Everybody wants to surprise people..I too want to do that. I think films like Rock On, Rajneeti, Chakravyuh, Inkaarturned out to be good for me. Prakash Jha thinks I am the most versatile actor in the industry. I think I can never say no to him even if he has two-three lines for me to say in his film. And so is the case with Abhishek Kapoor," said Arjun.
From walking the ramp as a model to winning a national award as an actor, Arjun has come a long way since his debut with Pyaar Ishq Aur Mohabbat in 2001. In between were a string of flops like Dil Ka Rishta, Asambhav, Yakeen and Ajnabee among others.
His breakthrough came with the remake of Don. Thereafter he was part of successful films like Rock On which fetched him the National award. Then he teamed up with filmmaker Prakash Jha for films like Rajneeti, Chakravyuh and upcoming Satyagraha.
His latest release D Day has been received positively as well.
"I think I have made a space for myself in the industry. I think that recognition has come... otherwise I wouldn't be getting to play interesting parts. There is a belief that people have in me today. I want to create a market for myself, which will engage and entertain people; they will not be dry and boring," said the 40-year-old actor.
Arjun feels the time he entered the industry was the right one, as he learnt a lot during his ups and downs.
"It takes time when you are an outsider and don't know industry, don't know what works and are relying on other people's opinion. But then you make up your own mind as what you want to do. I started discovering that after films like Om Shanti Om, Rock Onand Rajneeti etc..."
"These are the kind of films that will transform and become characters. These films entertain, participate, engage people and that for me is entertaining," he added.
Arjun is celebrating the success of D Day.
"I am relieved. The film took a slow start but it was encouraging to see a great jump over the weekend. I am looking forward to see how the audience will react this week as word of mouth is extraordinary. We did have a special screening for industry people and are getting positive response," said Arjun.
Nikhil Advani's last few films like Patiala House, Chandni Chowk To China and Salaam-e-Ishq bombed at the box office but this did not deter Arjun from working with him.
"For Nikhil, to do a film like this was a challenge...But he was clear what he wanted and he worked hard for it. He took interest, gave us all the research material," he said.