"Everyone from that world has run away. He's the only one who stayed and if you hear him talk, he says that he loves his country and that he wants to stay here. He is connected with his land," said Arjun Rampal 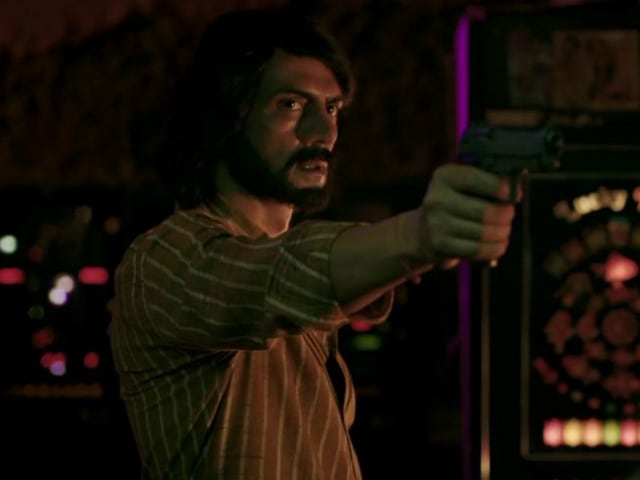 A still from the teaser of Daddy teaser

Convicted and jailed for the murder of Shiv Sena corperator Kamlakar Jamsandekar in 2012, the life of gangster-turned-politician Arun Gawli is now a film. The first teaser of Daddy was presented to the gangster's two daughters, Geeta and Yogeeta Gawli, in Mumbai on Wednesday. Daddy stars Arjun Rampal as the protagonist, who surprised everyone with his striking resemblance to Arun Gawli, when the first look of the biopic was released on November 29. The 44-year-old actor will feature as a gangster for the first time in Daddy, which he co-produces. Arjun's film positions the gangster as "The only one who didn't run."
"Because that's the truth," said Arjun Rampal after the teaser was launched. "Everyone from that world has run away. He's the only one who stayed and if you hear him talk, he says that he loves his country and that he wants to stay here. He is connected with his land, if you know what I mean. He is uncomfortable being out of India, obviously there's something that's not that selfish, which comes out of him," said Arjun.
Yogeeta Gawli was concerned that a film on a life such as her fathers could be twisted into being a crowd pleaser but the first look was rather satisfying.


Here it is guys the first look of #Daddy let me know your thoughts. #Daddy#Eros#Erosnow#comingsoonpic.twitter.com/R3J1QMkeRv

"To make a film on such a controversial character is not so simple but Arjun kept at it for the last four years and I must say that the teaser is very impressive," she said.
The film covers Gawli's journey for 50 years. Many would feel that the biopic runs the risk of glorifying a convicted gangster but director Ashim Ahluwalia says it's far from doing so.
"I want you to understand him as a character, as a person. People like you and me aren't just reduced to being good and bad, it's also 40-50 years of a life. How do you say that 40-50 years of experiences is good or bad? It's just years of experiences and that can be both good and bad," he said.
Watch the teaser of Daddyhere.
With Daddy, Arun Gawli joins a long list of gangsters immortalized through films. The off-screen exploits of Gawli will be screened in 2017.