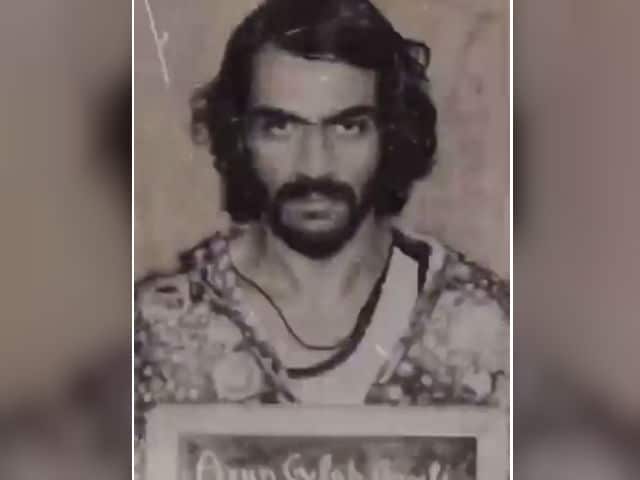 Actor Arjun Rampal unveiled the first look of his upcoming film Daddy, a biopic of gangster Arun Gawli, who formed his own political party, Akhil Bharatiya Sena, in Maharashtra. In the video, which Arjun posted on Twitter, a picture of Arun Gawli is juxtaposed with that of Arjun Rampal. Along with the video, Arjun posted: "The first look of #Daddy let me know your thoughts." The make-up artistes have worked well on Arjun's look such that he closely resembles Arun Gowli. With unkempt hair and moustache and beard, Arjun does look a lot like the gangster. Here's the first look of Daddy:


Here it is guys the first look of #Daddy let me know your thoughts. #Daddy#Eros#Erosnow#comingsoonpic.twitter.com/R3J1QMkeRv

Actress Shraddha Kapoor, who co-starred with Arjun in Rock On 2, also tweeted the first look and added: "The trailer is just awesome. #waitforit." Shraddha is also all set to star in a gangster drama titled Haseena: The Queen of Mumbai, in which she plays the role of Dawood Ibrahim's sister Haseena Parkar. Directed by Apoorva Lakhia, the film features Shraddha's brother Siddhanth Kapoor as Dawood Ibrahim.
Back to Daddy. Arjun's film is based on the life of Arun Gawli, who is charged with multiple counts of murder, kidnapping and extortion. However, he was considered as a Robin Hood-like figure by locals who called him 'Daddy.' The film is directed by Ashim Ahluwalia.
Arjun, who will be next seen in Kahaani 2 (releasing on Friday), says he doesn't like to repeat the characters he plays onscreen. "It's a conscious decision not to repeat my characters as I get bored doing same stuff. When I walk on sets, I don't want to feel I am doing same work, it doesn't work for me. I need to feel I am doing something exciting and different," he told news agency PTI. He did, despite this claim, reprise the role of guitarist Joe Mascarenhas in Rock On 2, the sequel to hit 2008 film Rock On!!. Rock On 2 released three weeks ago and barely made a dent in the box office.
Arjun Rampal, 44, stars in this week's Kahaani 2 with Vidya Balan and the actor said that he hopes the Sujoy Ghosh-directed film does well for his career. "As an actor I do feel I have responsibility of this film on my shoulder. I would hope the film will do well for me as the first part was a hit," he told PTI.