Arjun Rampal, who will be reprising his role of a visually impaired man in Aankhen 2, says he is very excited about the film. 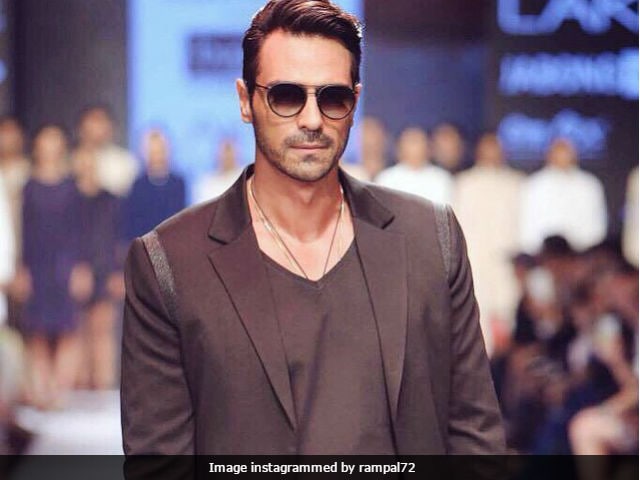 Arjun Rampal, who is awaiting the release of his upcoming film Aankhen 2, told news agency PTI that the film will be 'better and bigger' than the first. Aankhen 2 is a sequel to 2002 movie Aankhen. The 44-year-old actor will be seen reprising his role of a visually impaired man in the movie. The Rock On 2 actor said: "Aankhen was a special film in my career. People talk about this film even today and it means a lot to us. I am very excited about Aankhen 2 and we are planning to take the film ahead. Recently Kaabil had come and people liked it. The challenge is not to compete with anybody but to raise the bar."
"It's a heist that takes place at casinos. How these visually impaired men carry out the robbery is what the film is about. I have spent time with visually impaired people during my college days, they calculate and do things. They never make mistakes. I tie a band on my eyes at home and I practice with this... we will be able to bring authenticity," he told PTI.
Amitabh Bachchan, Akshay Kumar, Arjun Rampal, Sushmita Sen and Paresh Rawal played lead roles in Aankhen. Amitabh Bachchan has confirmed that he will be a part of Aankhen 2, however, Akshay Kumar won't be a part of the much-awaited sequel.
"I don't think Akshay will be there. He is busy and doesn't have dates. We wanted him in the film. I like Akshay and the kind of work he is doing. He has grown so much as an actor. We would have loved to have him in the film. But we have a wonderful team, there will be new generation of actors," Arjun told PTI.
Meanwhile, Anil Kapoor and Arshad Warsi are joining the sequel, reports PTI. The shoot for the film is likely to begin soon in South Africa.
The Om Shanti Om actor, who was last seen in Kahaani 2 along with Vidya Balan, is also looking forward to his next project Daddy, directed by Ashim Ahluwalia. Arjun will be seen portraying the role of gangster-turned-politician in the film. "It will come out soon. We will lock our dates soon. I am happy with the film. The editing is on, the post production is on. The film will come out in April or May," he told PTI.
(With PTI inputs)