Arjun Rampal's wife all praises for his role in Inkaar 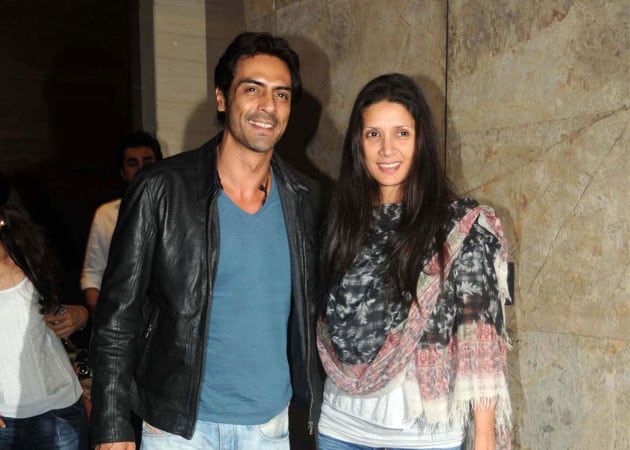 Mehr was effusive in her praise for her husband

Model-turned-actor Arjun Rampal is getting accolades for his role in the upcoming movie Inkaar - even if they are coming from his wife and ex-supermodel Mehr Rampal.
After a special screening here of the movie, directed by the veteran Sudhir Mishra, Mehr was effusive in her praise.
"I am very, very proud of Arjun. I loved the film. It is very different. What Sudhir has done is very different, especially coming out in a Hindi film, it's quite bold," said the former Miss India.
The film takes up the issue of sexual harassment at the workplace and is also a love story involving the two protagonists, Arjun and Chitrangada Singh, a Sudhir Mishra favourite. It is the latest offering from a director known for bold and offbeat themes.
Mishra is best known for his 2005 film Hazaaron Khwaishein Aisi about three impressionable youngsters in the years of the Emergency rule of 1975-77. More recently, he made critically appreciated films like the 2007 movie Khoya Khoya Chand and 2011's Yeh Saali Zindagi.
Both Hazaaron Khwaishein Aisi and Yeh Saali Zindagi featured Chitrangada. Inkaar, which has received a U/A certificate, is slated for a Jan 18 release.