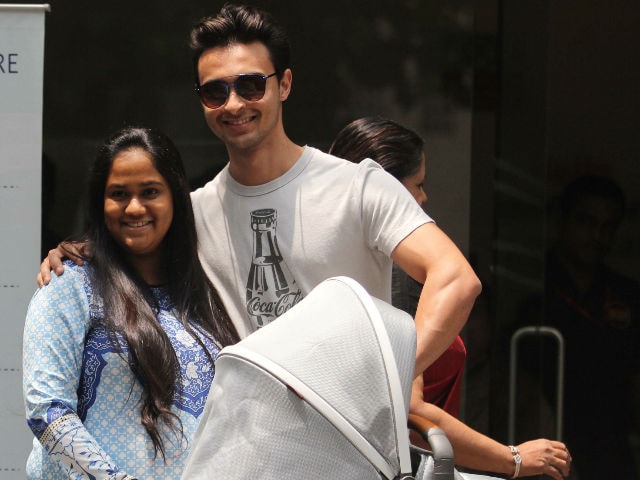 Arpita and Aayush photographed outside a Mumbai hospital with Ahil.

Salman Khan's six-day-old nephew Ahil has been discharged from the hospital he was born in and was photographed leaving with parents Arpita and Aayush Sharma on Tuesday. Arpita gave birth to Ahil on March 30.
Arpita, in a blue maxi dress, and Aayush carried Ahil in a baby basket to protect him from the waiting cameras. (In Pics: Arpita, Aayush Share New Pics of Baby Boy Ahil)
Baby Ahil's first stop in Mumbai was his uncle Salman Khan's residence.
Earlier, Arpita and Aayush posted emotional messages on social media welcoming their son.

Arpita married Aayush in a lavish ceremony in Hyderabad in November 2014. Ahil is their first child.