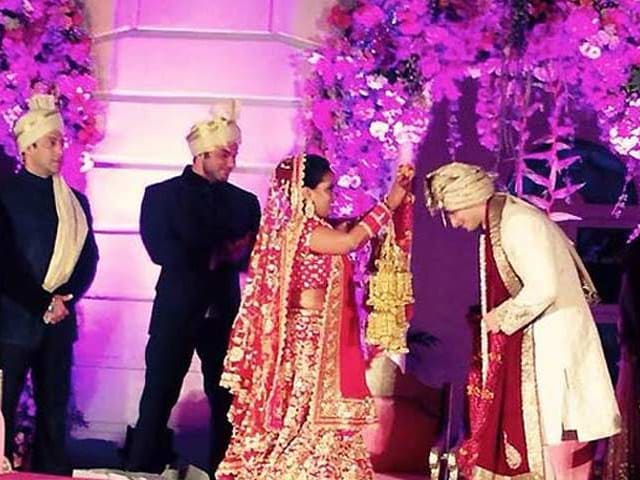 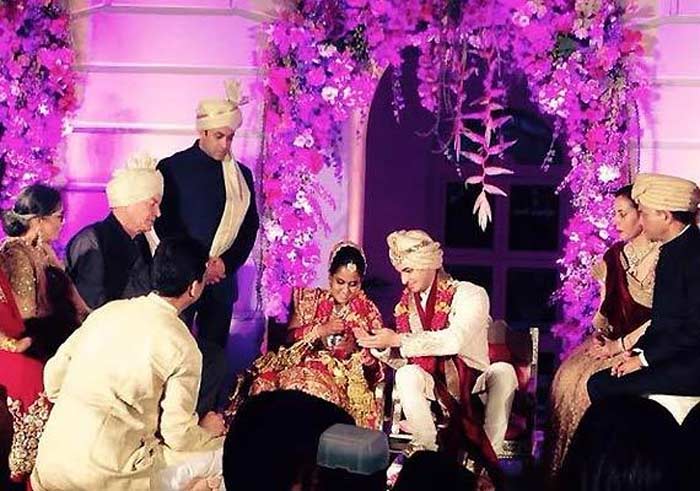 After the ceremony, the newly-weds made a short appearance for TV cameras gathered outside the venue, accompanied by Salman and actor Aamir Khan who said he wished Mr and Mrs Sharma a happy married life. (Also Read: No-Shows at Arpita's Wedding - Arjun, Sonakshi Weren't There. Here's Why) The bride wore a cream lehenga and then changed into a dark red one for the ceremony. (Also Read: The Bride's Wedding Finery by Abu-Sandeep ) 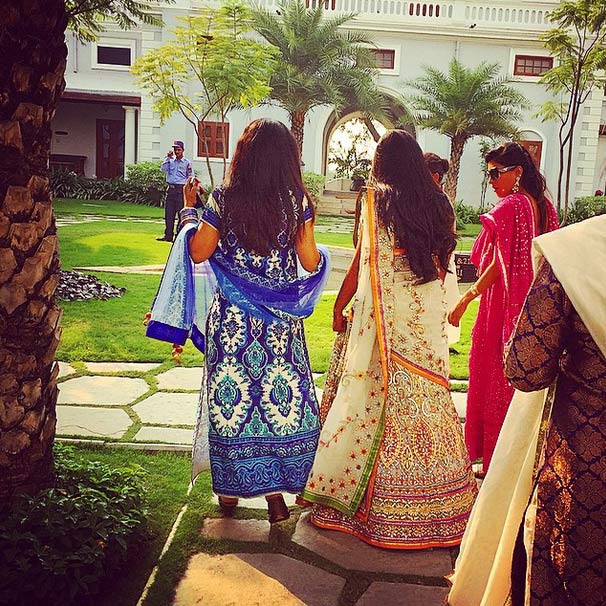 Salman, the men of the Khan family, and many male guests wore saafas, the traditional North Indian turbans.

This image was posted on Twitter by Kabir Khan

The wedding ceremony began at 4:30pm with the baraat that included two bands, one from Delhi and the other from Hyderabad. The baraat was received by Salman's father Salim Khan, mother Salma and brothers Sohail and Arbaaz. A jaimala and pheras also took place.

Post-wedding celebrations include performances by singers Mika Singh and Yo Yo Honey Singh, Salman Khan and his stepmother, former actress Helen.

The A-list invitees included celebrity friends like Aamir Khan, Katrina Kaif and Priyanka Chopra. Shah Rukh Khan is believed to have skipped the wedding despite having said he would attend. Amitabh Bachchan, who was wrapping up filming Piku in Kolkata, likely didn't attend either. It is unclear if any of the political bigwigs attended. President Pranab Mukherjee was invited, as was Prime Minister Narendra Modi who is, of course, in Australia right now. 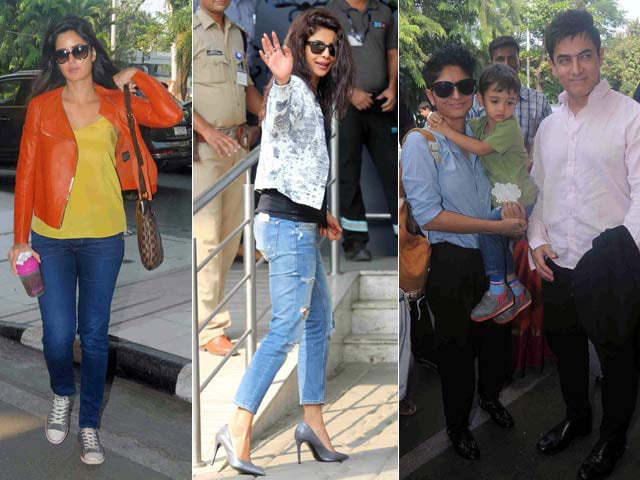 Heavy security made it difficult to tell which celebrities from the VVIP guest list had shown up. A crowd of fans, many of them from Mumbai, mobbed cars driving into the hotel.

The wedding feast is a toothsome Hyderabadi spread with dishes like Haleem and Kachche Gosht Ki Biryani.

Ahead of the wedding, Arpita's sisters-in-law Malaika Arora Khan and Seema Khan, close friend and Malaika's sister Amrita Arora, and family friend Deanne Panday were photographed in their wedding outfits.

Salman tweeted some hours before the wedding thanking those who had wished Arpita and Aayush:

A farewell lunch will be held at the Falaknuma Palace on November 19 after which guests will head back home. A reception is expected to take place in Mumbai on November 21.

The week-long celebrations began on Sunday, November 16 with a haldi ceremony at the Khan residence, Galaxy Apartments, followed by a mehendi and sangeet.