Salman Khan's sister Arpita shared a heartwarming picture with the 51-year-old actor on social media in which she can be seen embracing him. Sohail Khan can also be seen in the background 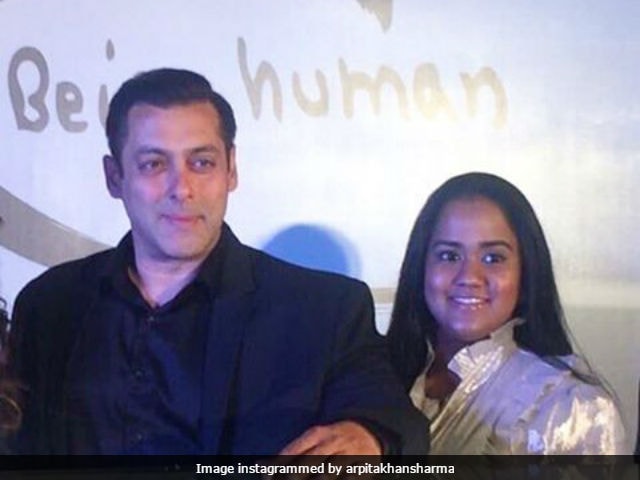 Salman Khan's sister Arpita shared an adorable throwback picture with the 51-year-old actor on social media. In the picture, Arpita can be seen embracing Salman Khan. The heartwarming picture shared by her also features Sohail Khan in the background with glasses and long hair. As we all know, Salman Khan is a doting big brother and he made sure that Arpita Khan's wedding with Ayush Sharma was a grand affair. Arpita was adopted by Salim Khan when she was very little. She is the youngest of the five Khan siblings. Recently, the entire Khan family was in Maldives to celebrate Arpita Khan and Ayush Sharma's son, Ahil's first birthday. Her Instagram page was filled with pictures of the birthday bash.
See the lovely throwback picture shared by Arpita Khan Sharma below: