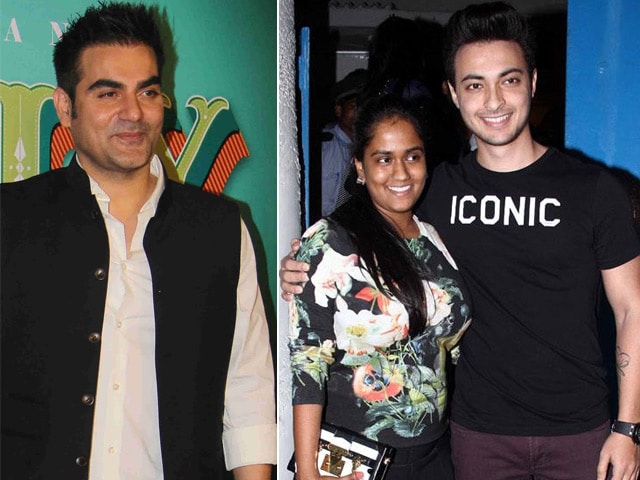 Arbaaz Khan said that Aayush is interested in films and he wants to be an actor.

Actor- filmmaker Arbaaz Khan says his brother-in-law Aayush Sharma, who recently married his sister Arpita Khan, aspires to become an actor. However, the actor-filmmaker doesn't know when and how it will happen.
Asked if Arpita's husband is interested in joining the film industry, Arbaaz said, "Aayush is a very handsome boy. He is interested in films and he wants to be an actor. How and when he will be launched, we don't know. I wish him luck. Let's see."
Arbaaz is currently busy promoting his upcoming production Dolly Ki Doli which features Sonam Kapoor, Rajkummar Rao and Pulkit Samrat. It is directed by Abhishek Dogra.
The actor-turned-filmmaker also said he has not quit acting, instead he is on sabbatical. "I've taken a backseat from acting. Backseat is the right word. I've sidelined acting, but I've not quit acting. I am still available for acting roles," he added.