Arshad Warsi: Had no work for eight months after Munna Bhai MBBS 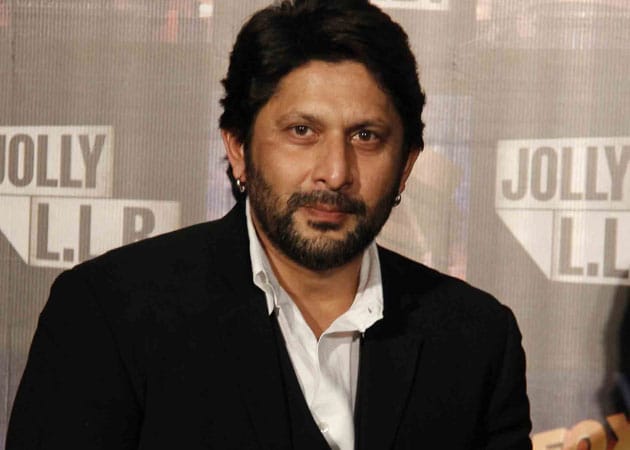 Arshad reveals a third Munna Bhai film is on the cards

Actor Arhad Warsi, best known for his role of 'Circuit' in Munna Bhai series, says the film may have done wonders but he did not get any work for six months after that.

Actor Arshad Warsi, best known for his role of 'Circuit' in Munna Bhai series, says the film may have done wonders but he did not get any work for six months after that.
The Raj Kumar Hirani directed Munnabhai MBBS (2003) and Lage Raho Munna Bhai (2006) showed the comic adventures of Munna Bhai or Murli Prasad Sharma, played by Sanjay Dutt, and his sidekick - Circuit or Cirkeshwar - essayed by Arshad.
"When I did Munna Bhai MBBS, for the first six to eight months I did not have any film to do. Nobody offered me a film. So I was wondering if people liked my work, why I don't have a movie in hand. I asked Raju Hirani did I do a good job? He said, I was excellent. Then how come I did not have a film in hand," Arshad told PTI.
"That time he (Hirani) said to me nobody knows how and where to put you in a film. The films that I have been praised for are serious ones, but I am known to be a comedy actor. When I did Seher and Jolly LLB, people liked me but they were of serious kind. But I got a label of being good at comedy. I am fine with it as long as I am working," he said.
However, Arshad insists that Munna Bhai series and Ishqiya benefitted him in the sense that he earned respect as an actor.
"Films like Ishqiya brought respect to me but it has not taken me to another level, as an actor yes, but work no. I have been there only. It is not that I was getting something bigger to do, or the roles were fantastic, like getting solo films. So that all did not happen...it was like I am a good actor, that's it," he said.
With the Khans still ruling the industry and the new batch of actors coming in, Arshad is not worried about his position. "Everybody is confused where to place me. I don't know where I am placed," he said.
The first two films in the Munna Bhai series were a hit and now the third movie from the franchise is on the cards. Though Sanjay Dutt is serving his sentence in jail for illegal arms possession during the 1993 serial Mumbai blasts, the makers - Raj Kumar Hirani and Vidhu Vinod Chopra - will wait for him to make the third movie.
For the third part, Subhash Kapoor of Phas Gaye Re Obama and Jolly LLB fame has been roped in as the director. "He is still working on the script. As soon as Sanju gets out of jail and Subhash finishes the script, we will start working on it. I don't think the film can be made without Sanju and me. There is another addition definitely happening," Arshad said.
Since Dutt is set to return home on parole, Arshad says he would surely talk to the actor. "I will speak to him over phone. He has a life, he has got little time and he wants to spend that with his family. I am sure he doesn't want people hanging around him," he said. After receiving applause for his role of 'Babban' in Vishal Bhardwaj's home production Ishqiya, Arshad will be seen in its sequel Dedh Ishqiya, where he will be reprising the role that he played in the first part.
The new additions to the sequel are Madhuri Dixit and Huma Qureshi.