Arunoday Singh Is 'Just Married.' Inside His 'Beautiful' Wedding 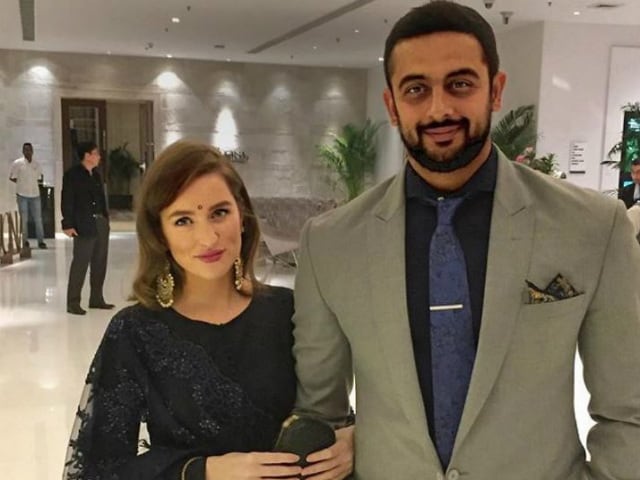 Actor Arunoday Singh, perhaps best remembered as the handsome fellow, who tried to woo Sonam Kapoor in Aisha, married his long-time girlfriend Lee Elton and there are heartbreaks everywhere. Pictures of Arunoday's wedding ceremony have been shared by the groom and his friends on social media. Arunoday and Canadian restauranteur Lee Elton, married in Bhopal, Madhya Pradesh in a traditional ceremony. Lee Elton is based in India and runs a restaurant in Goa. The wedding guest-list included names like TV presenter Gaurav Kapoor, director Ankur Tewari, actor Cyrus Sahukar and VJ Yudhishtir. Lee Elton was every bit of a traditional Indian bride in a red and gold lehenga while Arunoday complemented the bride in a white sherwani.
Here's the bride and the groom right before the saat phere. The two looked giddy with happiness:


And it's done. A beautiful, intimate #wedding. Big love to @sufisoul and @lilleeelton

Arunoday and his friends packed quite a punch in this picture. Head held high, the groom was all set to draw his sword. Much posing-shosing, huh?

A confession from Arunoday: