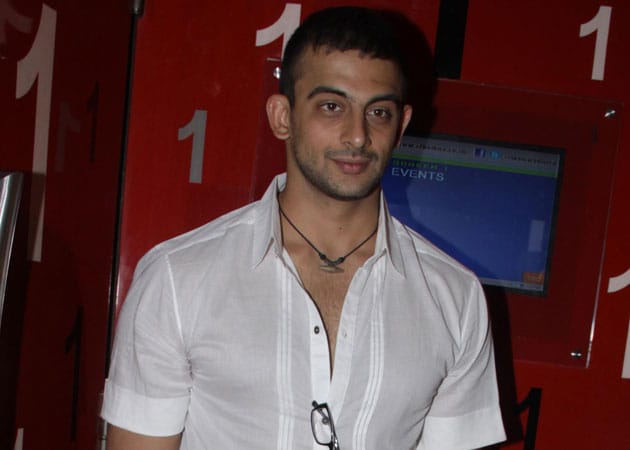 Bollywood actor Arunoday Singh, who will next be seen in upcoming horror-thriller Pizza, said he enjoyed terrorizing his co-star and the film's lead actor, Akshay Oberoi, throughout the shoot.

Bollywood actor Arunoday Singh, who will next be seen in upcoming horror-thriller Pizza, said he enjoyed terrorizing his co-star and the film's lead actor, Akshay Oberoi, throughout the shoot. (Also read: Arunoday Singh: Film banner and script both equally important for me)
"It was so much fun shooting for the film. I loved swinging axe at Akshay, terrorising him and loved the way he reacted most of the times. I even pulled spooky pranks on several crew members. It is a horror film but we had so much fun," Arunoday told IANS.
"This was the first time I worked in a 3D movie. Even though I play a psychotic character, the shoot was so liberating that I wished to have a lengthier role," he added.
Arunoday said he didn't mind playing an extended cameo in the film as he didn't want to limit himself with certain roles.
"I was aware it was a cameo but I didn't want my ego and greed to restrict me to only bigger or full-length roles. I liked the space I got in the film. Moreover, I'm a big fan of Bejoy Nambiar (producer), so when I got to work with him, I didn't hesitate," he said.
Known for his roles in films such as Yeh Saali Zindagi and Jism 2, Arunoday will be seen as a character with shades of grey in Pizza as well.
Did he mind repeating such a character?
"I think this character is both, scary and negative. There's lot more darkness and complexity in my character in Pizza vis-a-vis any of the characters I've played before. With such roles, I feel I'm doing defining work in terms of growth as an actor," he added.
Directed by debutant Akshay Akkineni, Pizza is the eponymous remake of a Tamil blockbuster. Filmmaker Bejoy Nambiar has jointly produced the film with UTV Spotboy.
Asked about working with first-time director Akkineni, Arunoday said: "He knew what he was doing and what he's supposed to do. I don't think a newcomer or an experienced director make much of a difference as long as they have a clear vision".
"At times, you tend to submit to the circumstance when you feel you're in safe hands. I did that with Pizza as I felt Akshay had an extremely clear vision," he added.
Pizza, slated to be released on July 18, also features Parvathy Omanakuttan and Dipannita Sharma.