As Bajrangi Bhaijaan, Salman Khan is a Hanuman Devotee and Man on a Mission 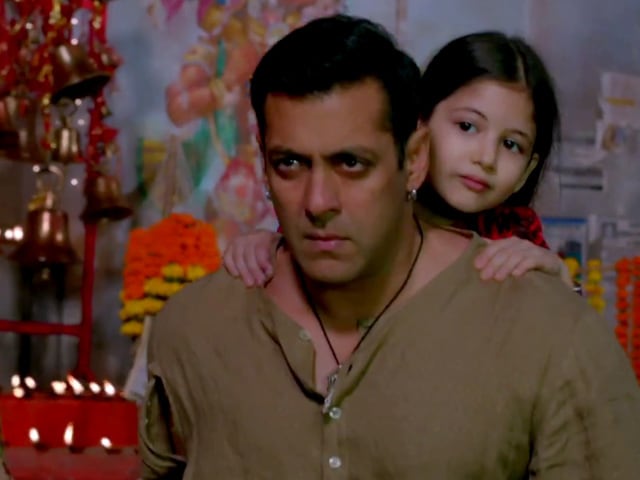 A still from Bajrangi Bhaijaan teaser.

The teaser is packed with Salman Khan-style stunts, romance, dance and humour

As promised, the trailer of actor Salman Khan's upcoming film Bajrangi Bhaijaan has been released on micro-blogging site Twitter. It arrived in a whirlwind of hashtags, which have been trending these last two days.
In the minute-and-a-half clip, director Kabir Khan reveals the broad outline of the story - Salman, a devotee of Lord Hanuman, has vowed to help a little girl 'without a voice' find her way home to Pakistan, with a little help from Nawazuddin Siddiqui.
Thus the journey begins. The teaser is packed with Salman Khan-style stunts, romance, dance and humour.
The film, also starring Kareena Kapoor Khan, has been shot in New Delhi and in Kashmir.
The film is slated to release on Eid this July.
Watch: