As Handsome as Shashi Kapoor? Rishi Kapoor Nominates These Actors 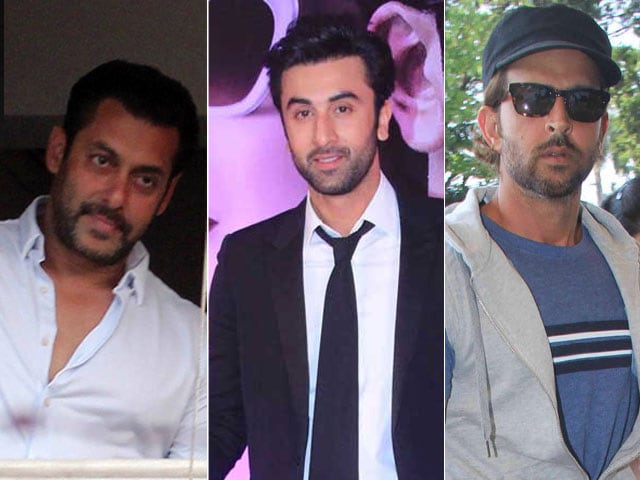 Did we say two actors? Make that three. Rishi Kapoor, who admits to a bias in this case, also thinks his son Ranbir is every kind of awesome

Much has been said lately about actor Shashi Kapoor's matinee idol good looks - Amitabh Bachchan told NDTV that his co-star of 12 films was so 'beautiful' every woman who saw him on screen wanted to marry him. Ranbir Kapoor, the 77-year-old Dadasaheb Phalke awardee's grand-nephew, said, "I think in Hindi cinema you have to be good-looking. That helps a lot."
Who inherits the position vacated by Mr Kapoor? Ranbir's actor father Rishi Kapoor anointed two current actors - or rather, he anointed one actor and then remembered there was another contender.
His chosen two are Salman Khan and, of course, Hrithik Roshan:


Handsome. After Shashi Kapoor, think Salman Khan is the only one. What blessed looks!

Sorry. Hritik, my kid, how could I forget. Sorry Duggu you are The Greek God!!! Love you bachcha

Did we say two actors? Make that three. Rishi Kapoor, who admits to a bias in this case, also thinks his son Ranbir is every kind of awesome:

In this, he received endorsement from one fan:


@chintskap in today's generation of young actors, ranbir kapoor is the most handsome. Before that it was hrithik 4 sure.

And at least two others told him that he was handsome too ('if Rishi wasn't handsome, how could Ranbir be?').
Shashi Kapoor received the Dadasaheb Phalke Award in a ceremony at Mumbai's Prithvi Theatre - that he set up with late wife Jennifer - on Sunday. Most of the Kapoors were present, as were his co-stars of several films - Amitabh Bachchan, Rekha, Waheeda Rehman, Asha Parekh, Hema Malini, Shabana Azmi and many others.