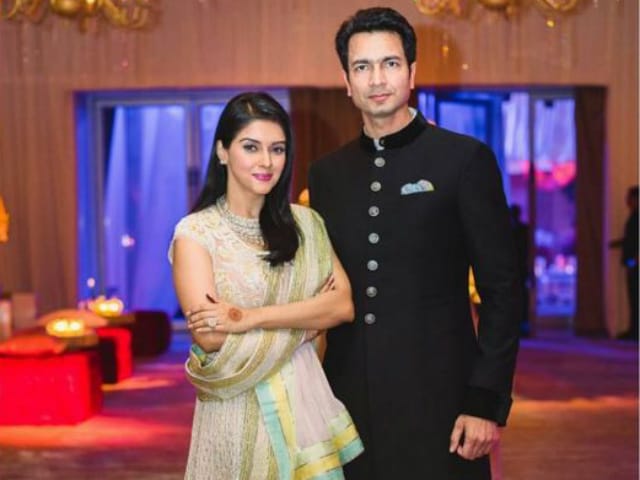 Actress Asin, who married Micromax co-founder Rahul Sharma last week, has turned her Instagram feed into a wedding album. Earlier, a little scouting on the Internet and social media accounts of Asin's friends gave us access to more inside moments from the reception gala

Actress Asin, who married Micromax co-founder Rahul Sharma last week, has turned her Instagram feed into a wedding album. Here are the best pictures from her grand reception in Mumbai on Saturday, strictly VIPs only.
The newlyweds together - she in an Abu Jani-Sandeep Khosla lehenga, he in a black bandhgala and churidar.

Asin and Rahul posed with actress Sushmita Sen, who was resplendent in a Manish Malhotra creation.

Fitoor actress Tabu, beautiful in beige and gold, roped in the duo for a selfie.

Asin with her 'gurlies', which also includes her Housefull 2 co-star Jacqueline Fernandez.

Asin's All Is Well co-star Rishi Kapoor posed with the bride and her father, Joseph Thottumkal.

Asin, 30, met Rahul through her Khiladi 786 co-star Akshay Kumar, who served as the best man at the two-part wedding on January 19. (Also Read: Asin Shares Stunning Pics From Her Wedding to Micromax Boss Rahul Sharma)

Asin's caption for her picture with filmmaker R Balki was revealing:

Presenting another one of our dearest common friends who knew it all like Akki! #Balki #BalkiandAkki #ARwedding #Asin #Rahul #LoveLaughterandHappilyEverAfter

Asin and Rahul also posed with author Chetan Bhagat and his wife Anusha.

And this was the moment of the evening:

Earlier, a little scouting on the Internet and social media accounts of Asin's friends gave us access to more inside moments from the reception gala.
This was actress Shilpa Shetty and her husband Raj Kundra's album entry:

Marriage is beautiful when you marry a friend! #love #friendship

Asin and Jacqueline once again:

Congratulations to the super Gorgeous Asin & Rahul Sharma May their life together be filled with love, happiness & prosperity Ting ! #wedding #happiness #celebration

Actor R Madhavan was accompanied by his wife Sarita:

TV host and actor Manish Paul took a selfie with Asin and Rahul:

Congrats rahul and asin!!!!may god bless u both with all d happiness:):)#rahul#asin#wedding#mp#friends

Asin made her Bollywood debut opposite Aamir Khan in 2008 movie Ghajini, for which she received the Filmfare Best Female Debut Award. Asin, who also featured in movies like Ready, Khiladi 786 and Housefull 2, was last seen in 2015's All Is Well. (See Pics: Inside Pics: Rishi, Jacqueline, Shilpa at Asin, Rahul's Mumbai Reception)