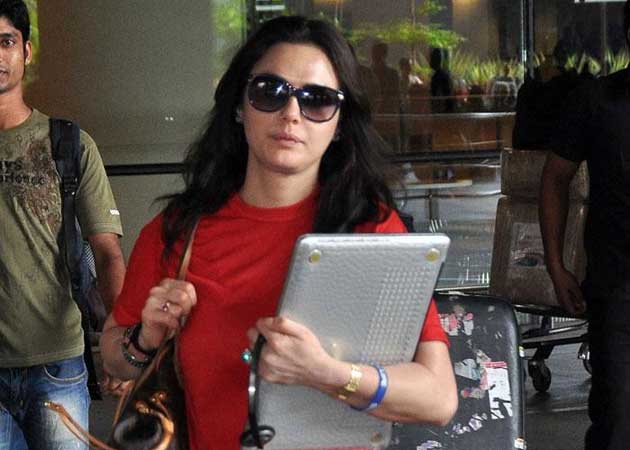 Actress-producer Preity Zinta, who filed a molestation case against her former boyfriend Ness Wadia, on Saturday declined to speak on the issue, saying all queries should be addressed to the Mumbai police chiefabout the details.

"I have come here for a different reason and I would appreciate if you ask the Mumbai police commissioner about this because even I want to ask him. I am specifically here for Mumbai Film Festival (MAMI) so let's stick to this," Preity Zinta told reporters at the 16th MAMI film festival.

"I am a normal person though you all call me celebrity. I am a normal person like anybody else. Police are following their procedure and in our country the law takes its own cause and I have to wait. There are millions in the line and I can't jump the line directly or else you all will say I am behaving like a celebrity. So I am being a good girl and following the procedures," she said.

The actress, who was there to support the festival, says like in other festivals, the celebrities who attend the MAMI film festival should look glamorous.

"I really want to see everyone looking glamorous at the MAMI film festival like other festivals. We all deck up and go for other festivals so why not for MAMI... I would really like if everyone looks glamorous because that's what it's all about. I am here to support MAMI and I am glad all the actors have come ahead and supported it."

The actress, who will be seen in Saif Ali Khan's next film Happpy Ending, says she was surprised to see herself in the trailer of the film.

"I did it because Saif is a very dear friend he called me and I just said yes for it. He has never asked me to anything like this before. I was surprised to see myself on the trailer I was not expecting that," she said.

Saying she was awed by Rani Mukherjee's performance in Mardaani, Preity said says Rani is a powerhouse performer.

"In the recent past, one film which I like the most was Mardaani. I have been researching about human trafficking for a while and the film gives you the correct information. Rani is a powerhouse performer and she does relevant films."