Anushka Sharma did not comment on the controversy directly but said: "I feel everyone should have a right to their own opinion" 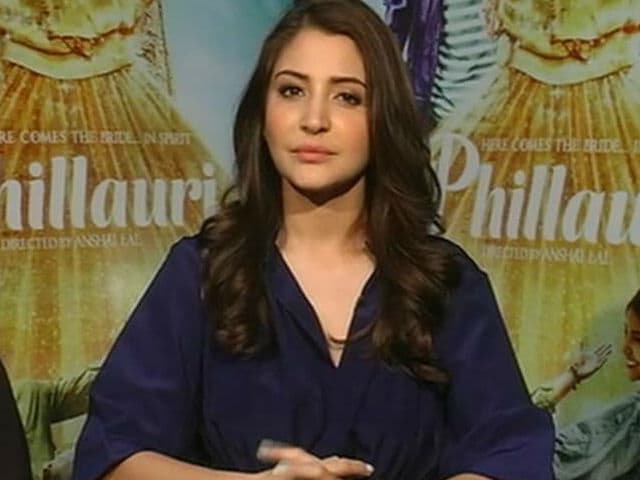 Actress Anushka Sharma, speaking to NDTV, declined to comment directly on the controversy over Delhi University student Gurmehar Kaur but did say that everyone is entitled to an opinion. "It's a personal view, don't want to make it public," the 28-year-old actress told NDTV when asked what she thought of Ms Kaur, who allegedly received rape threats after a Facebook post against the BJP-linked student outfit ABVP. "I feel everyone should have a right to their own opinion and everybody who is opposing it should say what they want to say and it should not be a problem," Anushka said when asked about dissent and nationalism. "That's how I lead my life. In my world too, people have a difference in opinion, hear it and move on," she told NDTV.
She was echoing the sentiment of actress Vidya Balan, who told news agency PTI earlier: "I don't want to say much about this. I think what we really need to do is respect people's freedom of expression. 'He said something she said something', all are right in their places. But I don't want to add anything more, everyone has the right to express what they feel."
Gurmehar Kaur, daughter of a soldier who died in 1999, announced yesterday that she was withdrawing from a planned march to protest against campus violence, allegedly provoked by ABVP. She has also been criticized on social media for a video she made last year, as part of which she holds up a placard that reads: 'Pakistan did not kill my father, war killed him.' Several tweets appeared to ridicule her for this, including one posted by cricketer Virender Sehwag who, with actor Randeep Hooda, was accused of 'bullying' Ms Kaur. Both men have defended themselves, saying their intention was not to bully or troll.
Trolling is a subject Anushka Sharma has first-hand experience of. The actress has repeatedly been blamed and mocked on social media for the pitch performance of her boyfriend, cricketer Virat Kohli. Last year, Virat's post defending Anushka was the 'Golden Tweet of 2016.' On trolls the actress told NDTV, "Sitting in front of the computer and abusing people is the easiest, it's a weapon of the weak. If you have to say something come out and confront that takes strength. Just cap the negativity is all I want to say."
Anushka Sharma has also had to dismiss rumours that Virat is funding her next production, Phillauri. The film is the second that she is producing after NH10, and she also stars in it with actors Diljit Dosanjh and Suraj Sharma. Phillauri, in which Anushka plays a ghost, is scheduled for March 24.