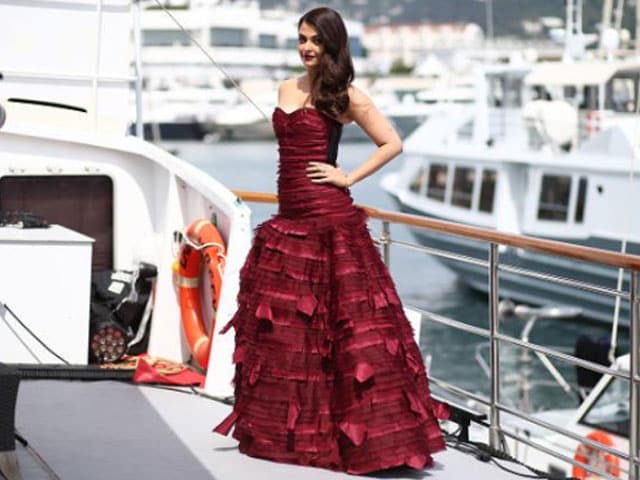 The revels at Cannes on Tuesday included a Bollywood moment aboard the Lady Jersey boat where actress Aishwarya Rai Bachchan and director Sanjay Gupta showcased their new film Jazbaa.
A scene from the film was released at the event.

Aishwarya, whose comeback film this is, looked rather lovely in wine Oscar de la Renta.

The first poster of the film was released earlier in the day. The trailer will be launched in Mumbai later.
This is the second of the 41-year-old actress' films being showcased at Cannes after Madhur Bhandarkar's Heroine which Aishwarya eventually had to exit when she announced she was pregnant.
Jazbaa, in which she plays a lawyer, is her first film since 2010's Guzaarish after which she went on maternity leave. The film also stars Shabana Azmi, Irrfan Khan and Anupam Kher.