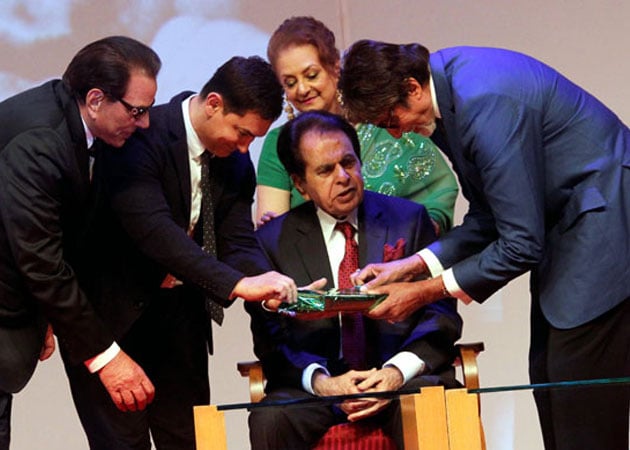 The much-awaited book was launched by superstars Amitabh Bachchan, Aamir Khan and Dharmendra.

Dilip Kumar's life, times and career spanning 60 films is the subject a new book named The Substance and the Shadow which was launched by superstars Amitabh Bachchan, Aamir Khan and Dharmendra at a glittering, star-studded event in Mumbai last evening.

Dilip Kumar's life, times and career spanning 60 films is the subject a new book named The Substance and the Shadow which was launched by superstars Amitabh Bachchan, Aamir Khan and Dharmendra at a glittering, star-studded event in Mumbai last evening.
The book, an account of the 91-year-old life in first person, has been written with author Uday Tara Nayar.(Also read:Dilip Kumar's 'Chhoti Bahen,' Favourite Song and the Actor he Thinks of as a Son)
Vyjayanthimala, Dilip saab's co-star from movies like Naya Daur and Devdas, lit the inaugural lamp with actresses Madhuri Dixit and Priyanka Chopra. Filmmaker Karan Johar played Master of Ceremonies. 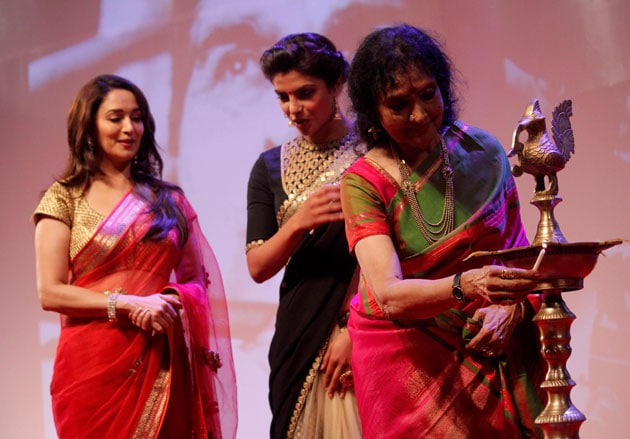 The VIP guests at the event included the Ambanis and a host of veterans - actors Jeetendra, Danny Denzongpa, Prem Chopra and Sanjay Khan, actresses Zeenat Aman and Farida Jalal and writer Javed Akhtar. Riteish Deshmukh, Sharman Joshi and singer Shaan were among the younger generation of Bollywood stars present.
Superstar Shah Rukh Khan, who is looked upon as a son by Dilip saab and his wife Saira Banu, was conspicuous by his absence. Also missing was songstress Lata Mangeshkar, Dilip Kumar's 'Chhoti Bahen,' who was expected to sing the actor's favourite song, Allah Tero Naam. (Also read:Dilip Kumar's 'Chhoti Bahen,' Favourite Song and the Actor he Thinks of as a Son)
Aamir Khan, who was accompanied by wife Kiran Rao and mother Zeenat Hussain, told the press at the event: "It is a very memorable day. I have always been a huge fan of Yusuf sahib. Probably, one of his biggest fans, he's been such an inspiration figure to me, right through my career. I have learnt so much. I am looking forward to reading his book. We'll get to know about his life, his work, his experiences. Something again, which will be a big opportunity for me to learn." 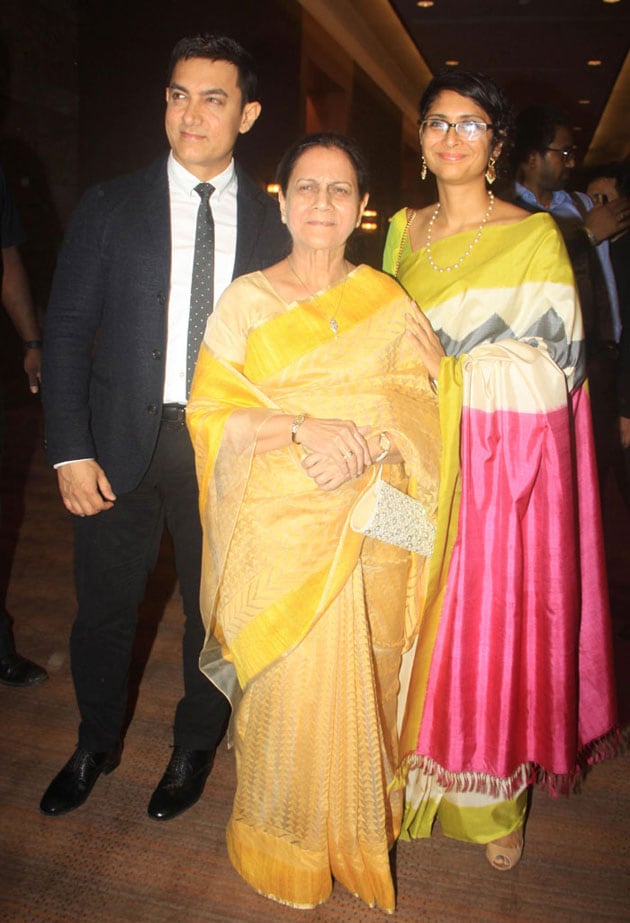 Madhuri Dixit said she was looking for ward to reading the book while Priyanka Chopra, lovely in black and gold Sabyasachi, said: "Dilip saab is one personality without whose name the film industry is incomplete. I feel myself extremely lucky that I have been invited for this event. I have seen all his films and I really admire him." 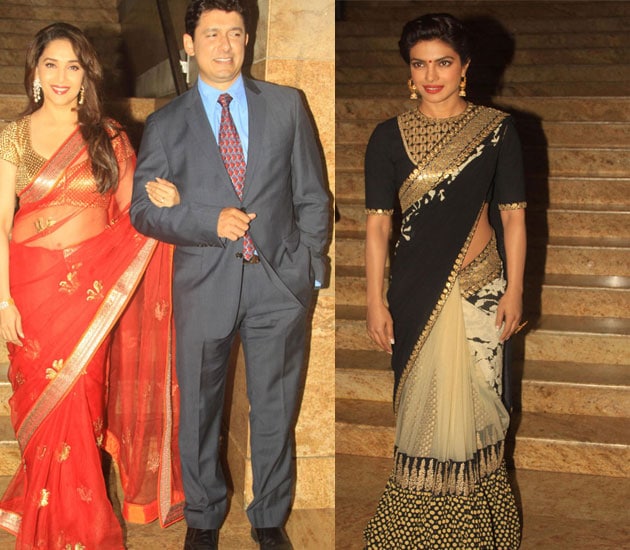 Dilip saab's wife, former actress Saira Banu, told the press: "I am feeling on top of the world today. This is a dream come true for me. Please pray that the dedication with which we have written the book, it is received by the readers in the same way." 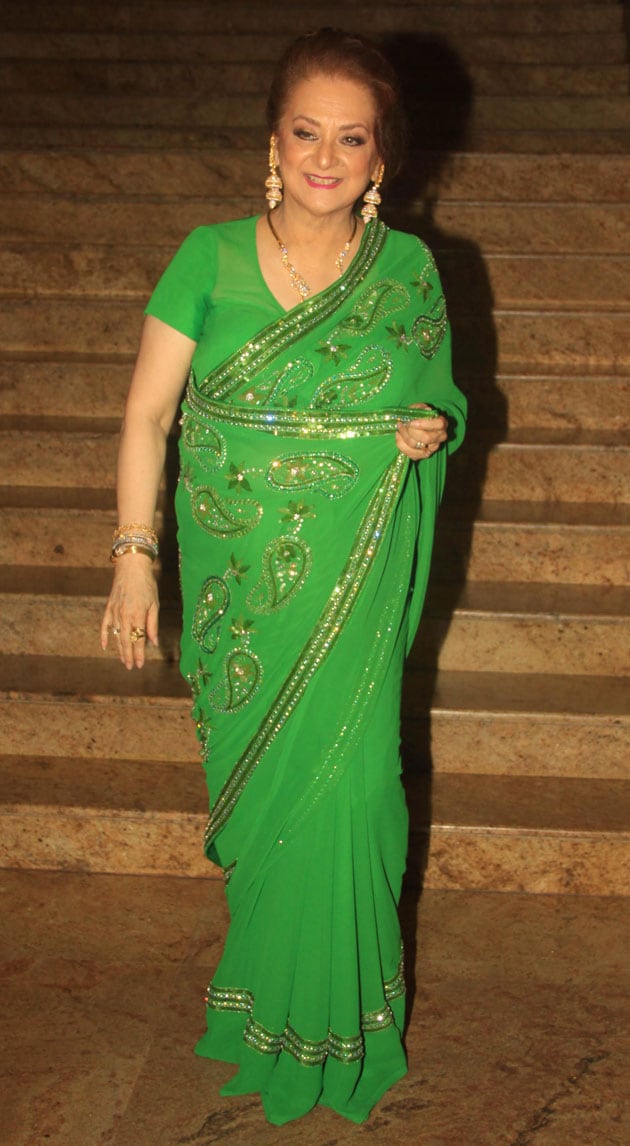 Saira Banu on cloud nine at the book launch.

The book is expected to reveal details of Dilip Kumar's romance and bitter break-up with late actress Madhubala as well as how he met and married Saira Banu.
Watch: