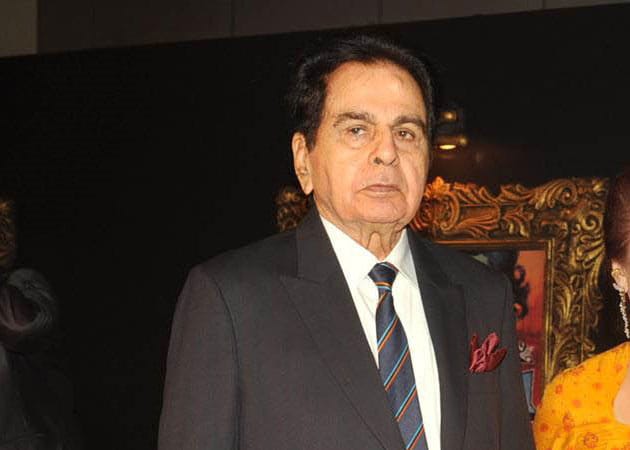 Dilip Kumar's long-awaited biography will be launched on June 9.

It will be one momentous night. Nightingale of India Lata Mangeshkar will sing, filmmaker Karan Johar will host and stars like Amitabh Bachchan and Aamir Khan will launch Bollywood thespian Dilip Kumar's long-awaited biography here June 9.

It will be one momentous night. Nightingale of India Lata Mangeshkar will sing, filmmaker Karan Johar will host and stars like Amitabh Bachchan and Aamir Khan will launch Bollywood thespian Dilip Kumar's long-awaited biography here June 9.
The biography, Substance And The Shadow, will be launched at a hotel here, with the who's who of the film industry coming together and being actively involved in the event. (Also read: Amitabh Bachchan, Aamir Khan to Launch Dilip Kumar's Biography )
While Karan Johar will be the host of the mega book launch, Lata will light the inaugural lamp and begin the event by singing a few lines for Dilip Kumar. That will set the stage for Amitabh and Aamir to unveil the book, documented by Dilip Kumar's close friend Udaya Tara Nayar.
While Big B will read a verse or a paragraph from the book, Aamir will recite a poem written by Prasoon Joshi.
Veteran actor Dharmendra too will read a few lines on the thespian, and Vyjayanthimala will speak a few words in honour of the legendary actor, whose wife Saira Banu will be by his side.
Singers Javed Ali and Shaan will add to the evening's charm by performing a medley of Dilip Kumar's evergreen hits.
The attendees will also be able to experience a special audio visual-3D mapping video on Dilip Kumar's entire journey. (Also read: Dilip Kumar Biography Details Bitter Break-Up With Madhubala )
Shah Rukh Khan, Salman Khan, Hema Malini, Mauri Dixit, Tina and Anil Ambani, Kamal Haasan, Priyanka Chopra, Parineeti Chopra and Vidya Balan are other likely guests.
The biography was earlier scheduled to be released on Dilip Kumar's 91st birthday in December last year.
It chronicles the life of the talent, who dedicated six decades to filmdom and worked in much appreciated films like Jwar Bhata, Mela, Naya Daur, Devdas, Maumati and Mughal-E-Azam.
The launch of his biography will be arranged, managed and executed by Samara Productions, Astrus Talent and Event Management and MOH Entertainment.