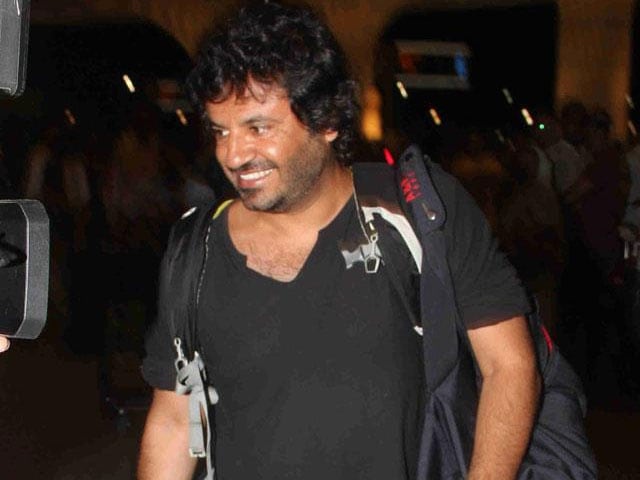 Vikas Bahl photographed at Mumbai airport before leaving for Malaysia.

"We at Phantom Films make movies which we are passionate about," said Vikas Bahl

Filmmaker Vikas Bahl has called upon the audience to watch Phantom Films' releases without judging them on the basis of box office collections.
Among the latest releases from the production house is director Anurag Kashyap's ambitious Bombay Velvet, starring Ranbir Kapoor and Anushka Sharma in the lead roles, which opened to dismal reviews and empty theatres last month.
"We at Phantom Films make movies which we are passionate about. There is a lot of hard work goes into it. Please don't judge them on the basis of Friday and Saturday's collection. And please watch the film again," Vikas Bahl said at the IIFA Awards last weekend in Kuala Lumpur. (Also Read: At IIFA, Queen Wins Best Film; Shahid, Kangana Bag Top Honours)
Mr Bahl shared the stage with Mr Kashyap while receiving the Best Picture gong for Queen. After the Bombay Velvet debacle, Mr Kashyap took critics head on in a Facebook post and said he wasn't depressed by the lukewarm response to the project and would continue to make films. (Also Read: At IIFA, Ranveer and Arjun Take Dig at Aamir Khan, Shahid Kapoor)
"This is the film I wanted to make and I am glad I got to make it. I am very happy that all those who have been part of this journey firmly stand with it. No, I am not depressed or hiding, this has taught us a lot and is my absolute personal favourite, there have been no regrets whatsoever. Bombay Velvet has been worth all the heart ache and pain and a memory to cherish for life. The Applause or Brickbats do not matter, what matters is who is standing in the arena. I WILL BE BACK," Mr Kashyap wrote.