At India Vs Australia, Anushka Sharma's Cheerleading Squad for Virat and The Men in Blue 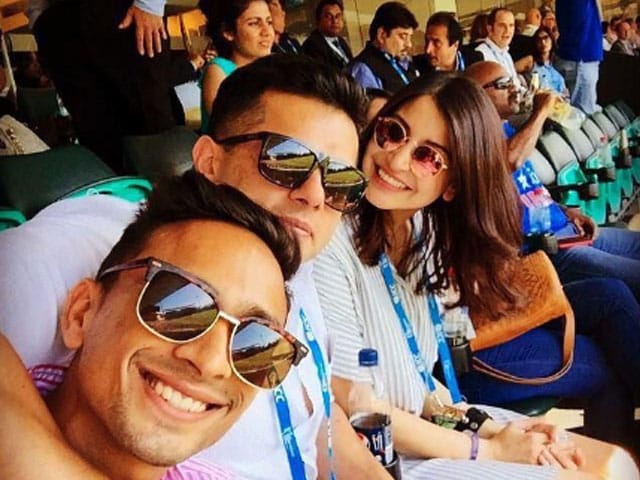 Anushka cheered for her man in blue, vice-captain Virat Kohli, looking fabulous in a striped monochrome outfit, her face mirroring the moments of tense anticipation on the field

Spotted in the stands at the Sydney Cricket Ground among the thousands of Indians today, was Bollywood actress Anushka Sharma cheering for Team India and in particular her man in blue, vice-captain Virat Kohli. The actress seemed disappointed after Virat returned to the pavilion early, scoring only a single run.

Earlier, cricket analyst Rajesh Khilare shared a picture on Twitter of the actress cheering for the team, fabulous in a striped monochrome outfit, her face mirroring the moments of tense anticipation on the field as Australia wrapped up a big innings in the World Cup semi-final.

Anushka Sharma there to cheer team India at the @scg#IND#CWC15#AUSvINDpic.twitter.com/kJBzsHSGrS

The actress was also reportedly spotted dining with Virat at an Indian restaurant in the city a couple of nights ago. She reached Australia on March 23.

Virat and Anushka have been dating for some time now and have been open about their relationship recently, being spotted together frequently.

Virat also took some time off his gruelling schedule to watch Anushka's NH10 ahead of India's quarter-final match against Bangladesh in Melbourne and announced on Twitter that he was "blown away" by her performance.

Anushka had promptly returned the compliment, tweeting, "Thank You. SO happy."