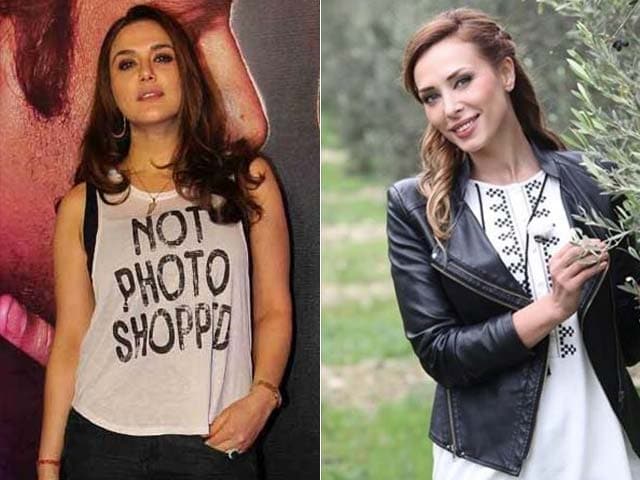 The image on the right was posted on Instagram by vanturiulia

"It was so nice to catch up and wish the gorgeous @vanturiulia a Very Happy Birthday last night. Loved your music babe and the yummy cake," Preity Zinta wrote on her Instagram

Salman Khan's rumoured girlfriend Iulia Vantur celebrated her birthday on July 24 with a bunch of friends, which included actress Preity Zinta and Shweta Rohira - both of whom are close to the 50-year-old Sultan actor.
Preity, Salman's co-star from films like Har Dil Jo Pyar Karega... and Chori Chori Chupke Chupke, showered Iulia with hugs and kisses.


It was so nice to catch up and wish the gorgeous @vanturiulia a Very Happy Birthdaylast night. Loved ur music babe & the yummy cake Ting ! #birthdaygirl #yummycake #aboutlastnight #friends #happiness #laughter #catchingup

Iulia, who turned 36 on Sunday, looked fabulous in a black dress. She posted a collage of pictures which gave us a sneak peek into the celebrations. The guest list included Salman's 'rakhi sister,' Shweta Rohira.
Look at the number of cakes and that caption: