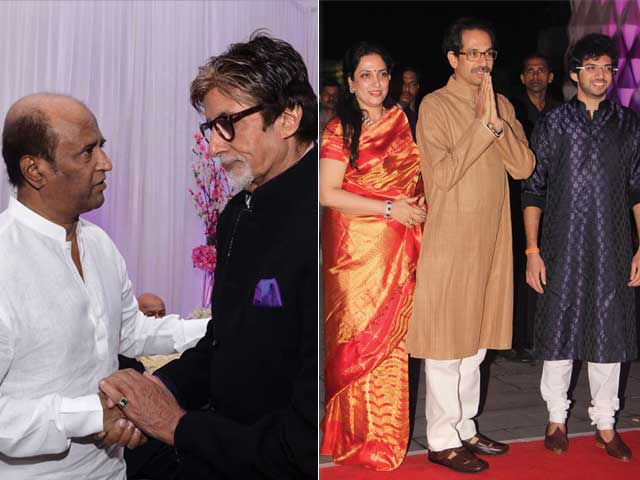 Rajinikanth, Big B and the Thackerays led the celebrity roll call

Actor and BJP politician Shatrughan Sinha's son Kussh's wedding reception was held in Mumbai last night and while the VIP guest list had a Prime Minister Narendra Modi-shaped gap, it was filled to brimming with a throng of celebrities from showbiz as well as politics.

Tamil superstar Rajinikanth, dressed simply in white as he usually is, came with daughter Aishwarya Dhanush. Amitabh and Jaya Bachchan arrived in wedding finery - Mrs B in a beautiful sari. 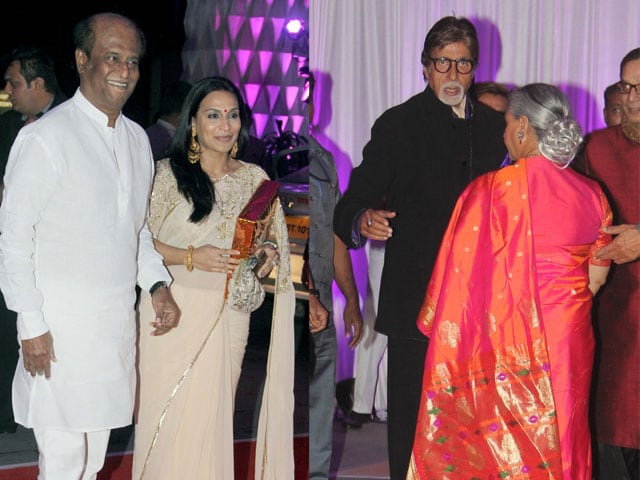 Rekha attended in one of her gold kanjeevarams, festooned with jewels and flowers. Kajol looked lovely in beige and maroon Sabyasachi. Ahana Deol and her husband Vaibhav Vohra represented her mother, actress and BJP leader Hema Malini. 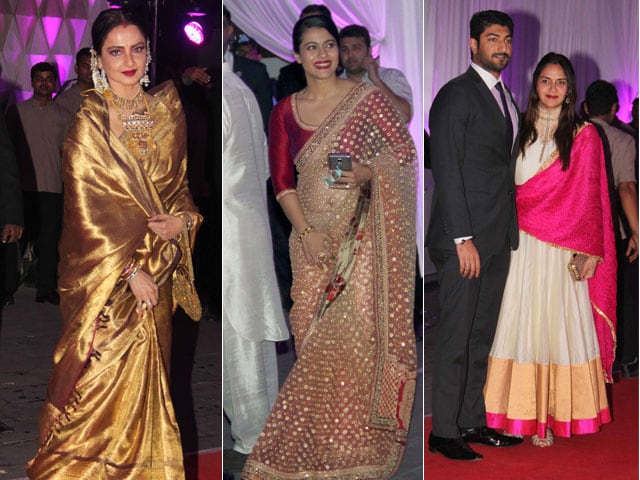 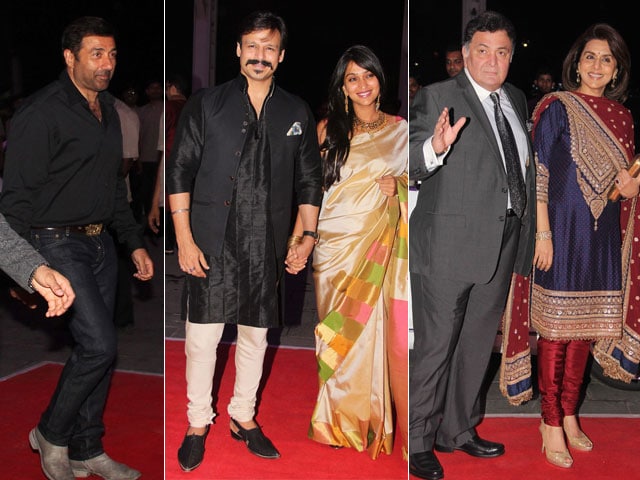 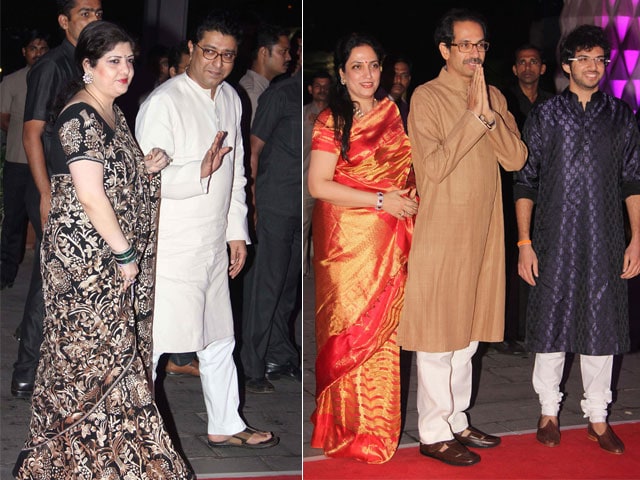 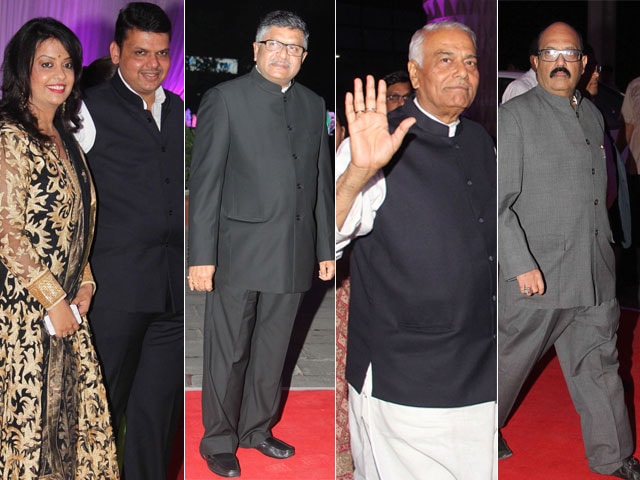 The Sinhas posed for a family picture together, all the women in pink including the bride and the groom's sister Sonakshi Sinha. 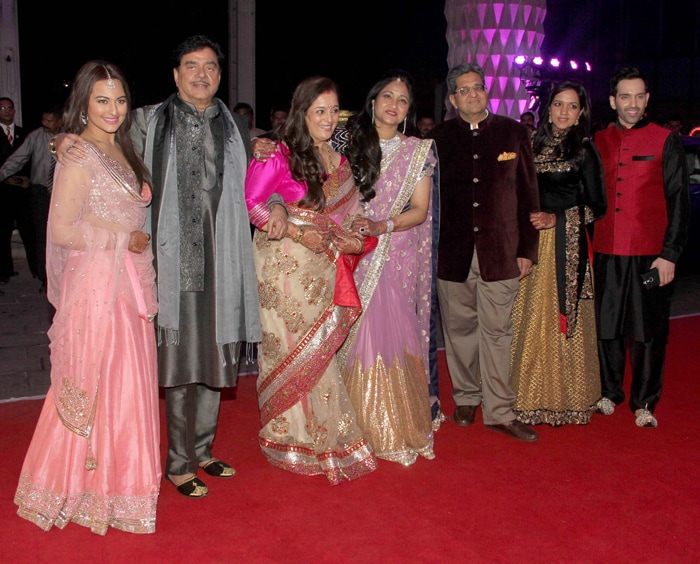 Kussh Sinha married Taruna Agarwal on January 18 in a grand ceremony attended by Prime Minister Modi and other VIP guests.