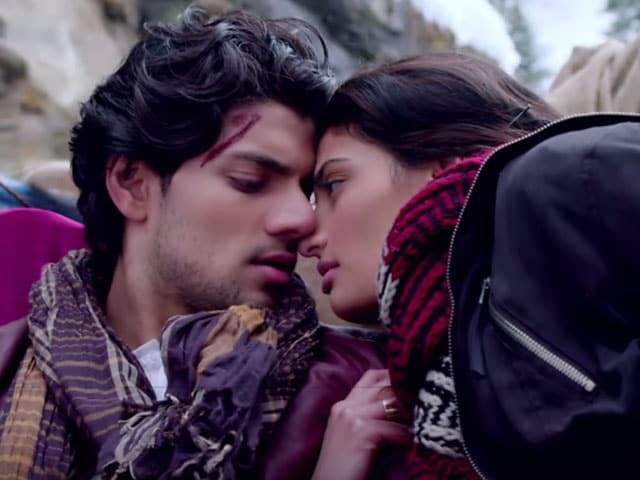 A still from the song Khoya Khoya.

Hero has been directed by Nikhil Advani and co-produced by Salman Khan. Suraj Pancholi and Athiya Shetty will make their debut in Bollywood with this film. Sung by Mohit Chauhan, Khoya Khoya has music and lyrics by Sachin-Jigar and Niranjan Iyengar respectively

The makers of Nikhil Advani-directed film Hero, featuring newcomers Athiya Shetty and Suraj Pancholi, have released a new song titled Khoya Khoya.
Set in the backdrop of a monastery located in snow-covered mountains, the song captures several romantic moments between its lead actors.
It opens with Athiya showcasing her skill in Kathak to a group of children while a bruised Suraj sings. (Also Read: Athiya's Memories of a Broken Engagement in New Hero Song )
Hero is a remake of Subhash Ghai's 1983 film of the same name and has been co-produced by Salman Khan.
Sung by Mohit Chauhan, Khoya Khoya has music and lyrics by Sachin-Jigar and Niranjan Iyengar respectively.
Hero is scheduled to release on September 11.
Watch: