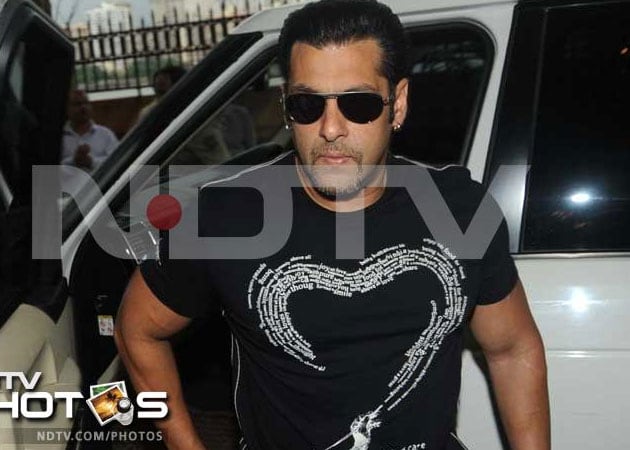 Salman Khan will also do a cameo in Oh Teri

Atul Agnihotri, who considers Salman Khan his lucky charm, will release the trailer of his forthcoming production venture Oh Teri with the latter's Jai Ho.

Atul Agnihotri, who considers Salman Khan his lucky charm, will release the trailer of his forthcoming production venture Oh Teri with the latter's Jai Ho.
Actor-turned-director Atul has directed two films so far - Dil Ne Jise Apna Kaha and Hello and both had Salman, but none could entice the box office.
However, when Atul teamed up with the superstar for his production venture Bodyguard, it reaped gold at the box office.
"We will be starting the promotions soon, but the first promotion starts with Salman's Jai Ho," Atul, who has roped in his brother-in-law for a guest appearance in the film, told IANS.
"The trailer of Oh Teri is attached to Jai Ho and I am excited to see the audience's reaction for the trailer. The film is slated for a March 7 release," added the filmmaker who is married to Salman's sister Alvira.
Featuring Anupam Kher, Vijay Raaj, Manoj Pahwa, Mandira Bedi, Sarah Jane Dias and Bilal Amrohi, Oh Teri, reportedly a political satire, is being directed by Umesh Bhisht.
The team has yet to shoot Salman's cameo for Oh Teri. Atul says they have enough time.
"Yes, we need his support and we will shoot with him soon, may be this month. We have lot of time for the release," he said.