Ashutosh Gowariker Says Acting Will Always be His First Love 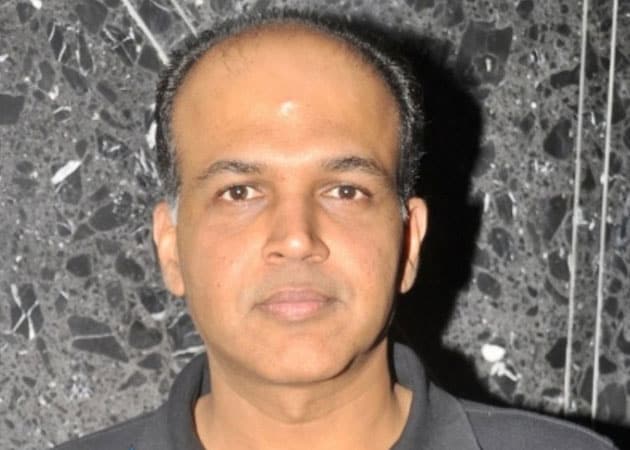 Ashutosh Gowariker showed his acting skills on both small and big screens, before he took up direction

A well-established director, Ashutosh Gowariker confesses "acting is still my first love" and that he is waiting for an apt role to sway him off direction

First love is difficult to forget and it seems to be the case with filmmaker Ashutosh Gowariker, who started his career as an actor with Ketan Mehta's Holi. Now a well-established director, he confesses "acting is still my first love" and that he is waiting for an apt role to sway him off direction.

"If I am offered a very good part, which will woo me away from direction, I will do it because somewhere I feel acting is still my first love," the director, who started his stint in showbiz as a model for Close Up Toothpaste and Lifebuoy soap, told IANS.

Before venturing into filmmaking with Pehla Nasha in 1993 and giving hits like Oscar-nominated Lagaan as well as the historical magnum opus Jodhaa Akbar, Gowariker showed his acting skills on both small and big screens, which included classic TV shows Kachchi Dhoop and Circus.

"After acting, I discovered direction. There is limitless creativity in direction and I'm still exploring that, but I feel that if I get an interesting part and I have free time from movie-making, then I would do it," said Gowariker, who was also a part of films like Chamatkar and Kabhi Haan Kabhi Naa.

So what kind of role is he looking out for?

"A strong character to which I can do justice and which can leave an impact," replied the filmmaker, looking relaxed in jeans and shirt. Tell him that since Lagaan, each of his film is set in a specific time period and he responds saying that it is because he enjoys "creating a different world".

"The first thing that comes to my mind is theme and then I start working on the script, story idea and panning it out based on the theme. I try and choose the right setting to tell the story," he said, adding that his motto is to "entertain and give some kind of message to ignite audiences' thought process."

"Like in the case of Jodhaa Akbar religious tolerance was my theme. I could have made that a contemporary story, but I choose to make it as a love story between an emperor and a princess," he added.

His undying spirit is not even dampened by flops like his last project Khelein Hum Jee Jaan Sey. Failures don't limit the filmmaker from capturing the grandeur and glory of any era in his movies with a bumper budget. "We do not think about failure during the process of making something. We always think that it will be liked by everyone and with that knowledge we go out and make it," said Gowariker.

Following the same philosophy, he has embarked on a new journey with another big-budget historical Mohenjo Daro.

The curiosity around Mohenjo Daro is very high for which he has grabbed in on international talents like Oscar-nominated and Emmy Award-winning costume designer April Ferry. But the filmmaker has no intention of satisfying people's curiosity about the film, which will see actor Hrithik Roshan in the lead role.

"All questions will be answered with the release of the film," was his response.