Ayushmann Khurrana: I had Rs 10,000 in my account when I got married 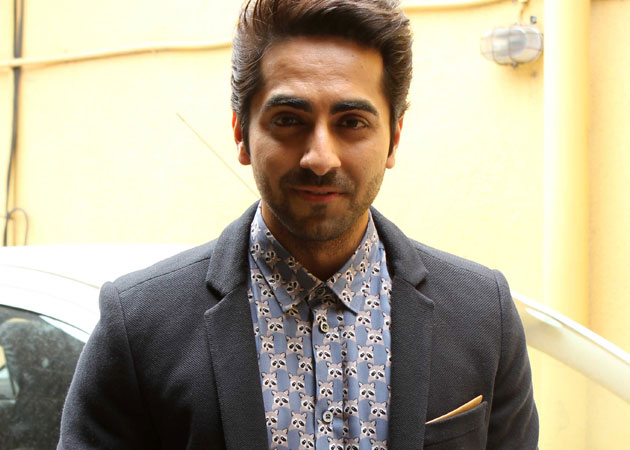 Actor Ayushmann Khurrana, who is playing a bankrupt lover in the rom-com Bewakoofiyaan, said the film took him to his earlier days when he had only Rs 10,000 as savings for marriage.
The 29-year-old Vicky Donor star said he eventually overcame his financial troubles by finding fame in showbiz. "I have not struggled much in my career as my character (Mohit Chadhdha) in the film does. I did face rejections but was never bogged down. I only relate to the financial insecurity part of my character. I remember when I married Tahira, I only had Rs 10,000 in my account. But I don't relate to the joblessness. I rather feel I was always at the right place at the right time," Ayushmann told PTI.
The actor married his childhood sweetheart Tahira before entering Bollywood. Bewakoofiyaan, also starring Sonam Kapoor and veteran actor Rishi Kapoor in prominent roles, hit theatres today.
The love-story is set in the backdrop of recession.
"I am not nervous but I have always been excited about my every release. I am getting good response because it's a quirky and edgy film. It's a young film. I think effects of recession are still there as people continue to get pink slips. There is a lot of unemployment in India due to the recession," Ayushmann said.
Asked if Tahira has watched the film yet, the Pani Da singer said, "She is in Chandigarh now. I am planning to fly down to Chandigarh by evening and we are going to watch it. But she has read the script."
Ayushmann, who has teamed up with Sonam for the first time in the film, said he was initially sceptical about the onscreen chemistry with the fashionista.
"Before starting the shoot, I was sceptical about our onscreen pairing. She is fashion conscious and I am boy-next-door. But after meeting her I realised that she is a nice girl who is pure at heart. This is how I feel our chemistry rocked onscreen," he said.
Ayushmann is currently shooting for his next Yash Raj Films venture Dum Laga Ke Haisha in Rishikesh and Haridwar. Directed by Maneesh Sharma, the story revoles around the life of a small town couple. The actor also learnt Marathi for Bambai Fairytale, where he is playing eminent scientist Shivkar Bapuji Talpade.