"Actors are revered more than singers as our films are all about stars lip-syncing and they are voices of the singers," Ayushmann Khurrana said 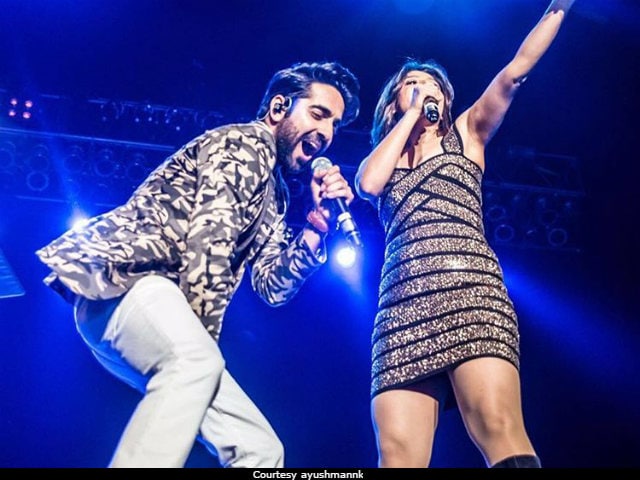 Actor-singer Ayushmann Khurrana said that in Bollywood, actors are given importance over singers and that it has become a trend in the industry, reported news agency PTI. Ayushmann, 32, also pointed out that cricketers and superstars get all the limelight in the industry. "Our country is culturally very different. Only cricketers and actors are mostly in the spotlight. It has been like that since ages. Apart from that, actors are revered more than singers as our films are all about stars lip-syncing and they are voices of the singers," Ayushmann told PTI. Ayushmann appeared to be responding to the recent controversy around rumours Sonakshi Sinha will open Justin Bieber's concert in India.
The Dabangg actress, who made her singing debut with the single Ishqoholic in 2015, dismissed reports stating that she will inaugurate the pop sensation's concert, in a tweet. Ahead of that, singers like Kailash Kher and Armaan Malik responded to reports stating Sonakshi will open the gig and said that the 'stage and mic' should be left to the singers. "Firstly, I am not performing at the Bieber concert. It was speculated because I was approached and carried forward by publications and portals even after I stated in various interviews that it's not happening. Secondly, I'm an actor who loves music, who loves to perform and loves to sing. And if anyone has a problem with that, in the wise words of baba Bieber himself, they can go 'love' themselves. Over and out," Sonakshi wrote in the tweet. Meanwhile, singer Sona Mohapatra found herself blocked on the actress' account after she tagged Sonakshi's tweet as 'condescending.'
Talking about actors being roped in to perform at concerts, Ayushmann mentioned the decision actually depends on the star status of the celebrity. "The commercial aspect is attached in concerts and sponsors depend on tickets sales and want to bring in stars who the public would want to see. It is based on the popularity level of an artiste in a concert. I think it is culturally tuned like that. I don't know if it is right or wrong," PTI quoted Ayushmann as saying.
Ayushmann Khurrana will next be seen in Meri Pyaari Bindu, co-starring Parineeti Chopra. Directed by Akshay Roy, Meri Pyaari Bindu is scheduled to hit screens on May 12.
(With PTI inputs)