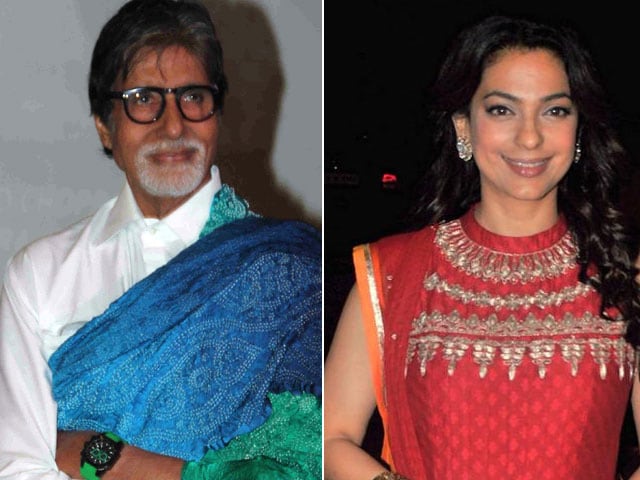 While some of the actors are trying to get their yoga postures right, others are busy creating awareness about the benefits of Yoga.

Today everyone is celebrating International Yoga Day, and so are our Bollywood celebrities.
While some of the actors are trying to get their yoga postures right, others are busy creating awareness about the benefits of Yoga.
Actors Kirron Kher, Juhi Chawla, Shilpa Shetty, Amrita Rao and Boman Irani, even took part in the various yoga sessions and urged their fans to follow them.


It's a historic first! Happy #YogaDay to everyone. Practicing #Yoga has intense benefits for the body, mind and the soul

Let us Celebrate #Yogaday by doing "Namaskar" - the simplest form of #YogaForAll from @SadhguruJV : https://t.co/y1FINNlO4B


Enjoyed a great Yoga session under the sky with 10000 people joinin me in doin the asanas. What a historic day.Happy international yoga day

Seen yoga being practiced all over the world. It's time we practised what is ours, by us. #YogaDay

Twitter has been flooded with comments on the 'historical' yoga day from the actors:

"Bheegha hua aadmi baarish se nahi darta." (A person who is drenched is not afraid of the rain.) An advice from my grandfather.:)

Hope #InternationalDayofYoga more than anything else, serves as a fresh start to all who haven't been initiated into this world of wonder !

Today is Yoga Day and Father's Day. Makes sense. The reason you were born is because your dad did a few minutes of 'yoga'.

If you must take a stand, let it be on your head!!! HAPPY YOGA DAY to all!!! #worldyogaday#YogaDay#Yogapic.twitter.com/53VNPmhfSt

International Yoga Day today! I hope everyone is doing at least some asanas as our PM has requested! Spread the culture - we need it badly!