Jai (Sidharth) and Diya (Katrina) have a fairy tale romance but Jai isn't sure if we wants to settle down. And that's when he starts seeing the future - he's married to Diya... Cut to their marriage falling apart and the couple is in the process of separation. Jai gets a chance to roll back time and tweak that one little thing to have a happily ever after with Diya. 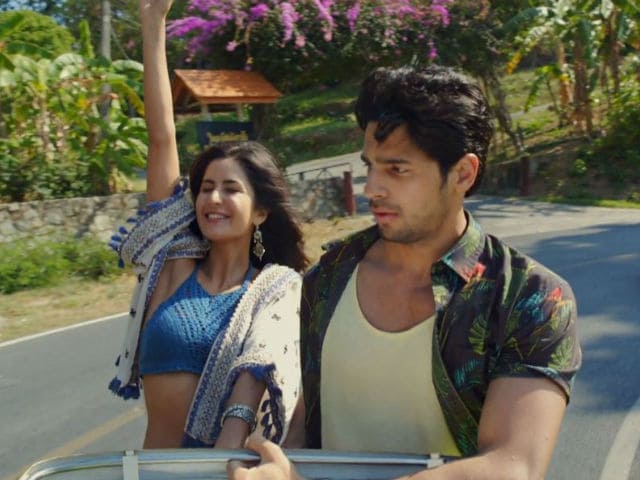 A still from the trailer of Baar Baar Dekho

You, us and our neighbour's 80-year-old grandma have been waiting for the trailer of Katrina Kaif and Sidharth Malhotra's Baar Baar Dekho . It is out and it left us both dazzled and disappointed in parts.
At first glance, Baar Baar Dekho appears to be a mix of Bill Murray's Groundhog Day, Jennifer Garner's 13 Going On 30 and Eric Bana's The Time Traveller's Wife (though the makers deny that there is no time travel in the film).
Sidharth's Jai wakes up in the future and gets a chance to zoom back 10 years to correct something.
What's that something? Jai and Diya (Katrina Kaif) have a fairy tale romance but Jai isn't sure if he wants to settle down. And that's when the future helps out - he's married to Diya but all is not well... Cut to their marriage falling apart and the couple is in the process of separating. Jai gets a chance to roll back time and course-correct for a happily ever after with Diya.
Baar Baar Dekho, co-produced by Karan Johar, Farhan Akhtar and Ritesh Sidhwani is touted as a 'high concept' film and it sure isn't a regular Bollywood potboiler.
So far so good.
The disappointing part is the lead pair's chemistry. As far as the trailer goes, Katrina and Sidharth look beautiful but that's that. They leave you cold.
Directed by Nitya Mehra and written by Sri Rao, Baar Baar Dekho also casts Ram Kapoor, Rajit Kapur, Sarika, Sayani Gupta, Taaha Shah Badusha and AIB's Rohan Joshi.
Baar Baar Dekho is set to hit the screens on September 9.
Watch the trailer here: <br> <br>
<center> <iframe width="640" height="400" src="https://www.youtube.com/embed/Wiuj_GHlb64" frameborder="0" allowfullscreen></iframe> </center>