Actress Chitrangada Singh is all set to return to the big screen with Nikkhil Advani's Baazaar . The 40-year-old actress been roped in to portray the role of Saif Ali Khan's wife in the film 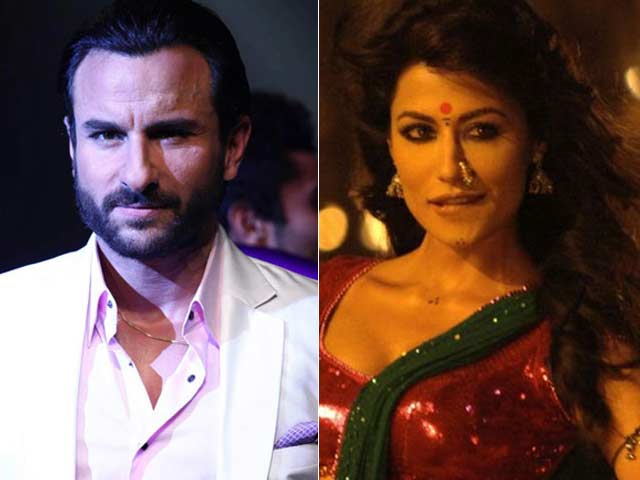 Actress Chitrangada Singh is all set to return to the big screen with Nikkhil Advani's Baazaar . The 40-year-old actress has been roped in to portray the role of Saif Ali Khan's wife in the film, reported DNA. Earlier, reports suggested that Prachi Desai had been cast opposite the 46-year-old actor. However, Nikkhil Advani dismissed the reports, saying Chitrangada was the first choice for the role. Speaking to DNA, director Nikkhil Advani said that Prachi Desai 'expressed interest' to work with him but for another project. Baazaar, directed by Gauravv K Chawla, revolves around the Indian stock markets and Saif portrays the role of a businessman.
"I'm happy that the cast is looking so exciting. We have Saif, Chitrangda, Radhika Apte and Rohan Mehra. The shoot has just begun and will be wrapped up by mid-August while the film is slated for a December release. Prachi has expressed interest in working with my production house but that is for another project. As far as the role of Mandira in Baazaar is concerned, Gauravv K Chawla, my director, came up with the idea of casting Chitrangda," DNA quoted Nikkhil Advani as saying.
Chitrangada Singh last made a cameo appearance in 2015 movie Gabbar is Back, starring Akshay Kumar and Shruti Haasan. Baazaar will mark her comeback to the big screen after a gap of two years.
Referring to the Sorry Bhai! actress' two year break from films as 'instrumental,' the 46-year-old director told DNA: "I won't call it a comeback but just the fact that she hasn't done anything for quite some time was instrumental in us considering her because it's a powerful character that's silent and simmering, like a volcano about to erupt. Casting her opposite Saif makes the film about strong actors and characters."
The first poster of Baazaar was unveiled by the makers of the film earlier this month.


It's been a long journey, which has just begun! #Baazaar - This December is gonna be all about the Money!! #BaazaarPosterpic.twitter.com/IK8Z5zJDOd

Baazaar will release in theatres this December.