Bachchan, Kapoor, Bhatt: do these last names get a shortcut to stardom? 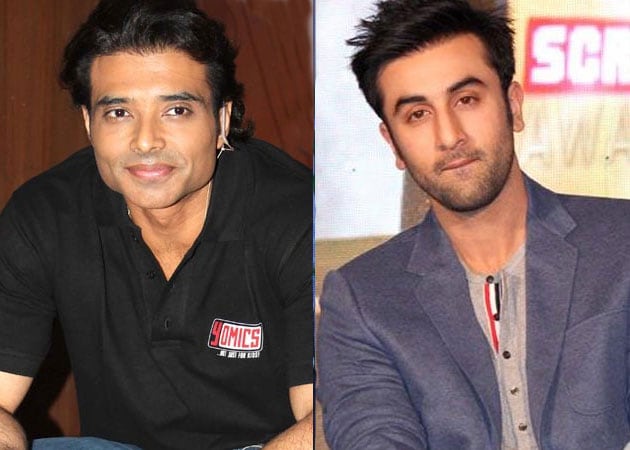 Ranbir has become the most bankable star in B?town while Uday?s star has faded

The success to failure ratio of youngsters from film families just goes to prove that the legacy edge is nothing more than a myth.

Ever since I started covering the Hindi film industry, I have heard artists complaining how tough it's for "outsiders" to succeed in showbiz and what a cakewalk it is for star kids. Contrary to popular belief, however, star kids too have to slog it out to win star status - and it's a journey where only a few succeed.
The success to failure ratio of youngsters from film families just goes to prove that the legacy edge is nothing more than a myth.
Consider some of the actors who came riding on the shoulders of their family names: Abhishek Bachchan, Kareena Kapoor, Ranbir Kapoor, Hrithik Roshan, Farhan Akhtar, Uday Chopra, Tanisha Mukherjee, Esha Deol, Fardeen Khan, Zayed Khan, Puru Raj Kumar, Riya and Reema Sen, Twinkle and Rinkie Khanna, Neil Nitin Mukesh and Shahid Kapoor, to name a few.
Only a handful like Hrithik (son of actor-filmmaker Rakesh Roshan), Kareena (daughter of Randhir Kapoor and Babita, and granddaughter of the legendary Raj Kapoor), Ranbir (son of actors Rishi Kapoor and Neetu Singh) and Farhan (son of writer-poet Javed Akhtar and Honey Irani) have sparkled on the film firmament and attained star status.
The rest have bitten the dust despite the often persistent backing of their illustrious families.
Take, for instance, Uday Chopra, the son of Yash Chopra, a filmmaker with a magic wand who founded the prestigious Yash Raj Films (YRF) banner and created several blockbusters and catapulted the likes of Amitabh Bachchan and Shah Rukh Khan to superstardom.
But the master craftsman couldn't write the same success saga for his son with his production ventures Neal 'n' Nikki or Mere Yaar Ki Shaadi Hai.
Even in YRF's successful franchise Dhoom, lead actors like John Abraham, Hrithik Roshan and Aamir Khan were seen eclipsing Uday.
This is strange, considering YRF is the banner that successfully launched rank outsiders like Ranveer Singh, Parineeti Chopra and Anushka Sharma - three stars who are currently making waves in filmdom.
It won't be wrong to say that Abhishek too met the same fate as Uday. Even at 71, Amitabh sets standards for all and sundry, but son Abhishek, who proved his mettle in highly appreciated films like Yuva and Guru, is yet to enter the same league.
Yes, star kids enjoy an advantage as they have easier access. But getting an easy entry into the industry and becoming a box office favourite are two different things - the first clearly does not guarantee the second. Ultimately, audiences embrace talent.
Also, one cannot forget that filmmaking is a business and filmmakers invest in those who have viewer acceptance. This applies across the film industry.
Interestingly, our most popular and loved stars are from outside the industry - be it superstars Amitabh Bachchan, Shah Rukh Khan and Akshay Kumar, or reigning queens like Deepika Padukone, Katrina Kaif and Priyanka Chopra.
This does not, however, deter star kids from trying their hands at a profession their parents made their names in.
Here are a few more who have tried their luck in the recent past: National Award winning actor and Disco King Mithun Chakraborty's son Mimoh; producer Harry Baweja's son Harman; Raj Babbar and Smita Patil's son Prateik, and Kirron-Anupam Kher's son Sikander.
The list also features Sonam Kapoor, daughter of actor-producer Anil Kapoor; Shruti Haasan, daughter of southern superstar Kamal Haasan and actress Sarika; Shekhar Suman's son Adhyayan; and producer Vashu Bhagnani's son Jackky.
Then, there is director Ayan Mukerji (of the critically acclaimed Wake up Sid and the blockbuster Yeh Jawani Jai Deewani), grandson of Indian cinema pioneer Sashadar Mukherjee and the son of actor Deb Mukherjee.
Of this lot, barring Sonam and Shruti, who have had some success, and Ayan, most others have fallen by the wayside.
Right now all eyes are on Mahesh Bhatt and Soni Razdan's daughter Alia, David Dhawan's son Varun and Boney Kapoor's son Arjun, who have made dramatic starts to their careers.
Clearly, kids from film families will continue to try their luck in an industry that is in constant search of the next big star.