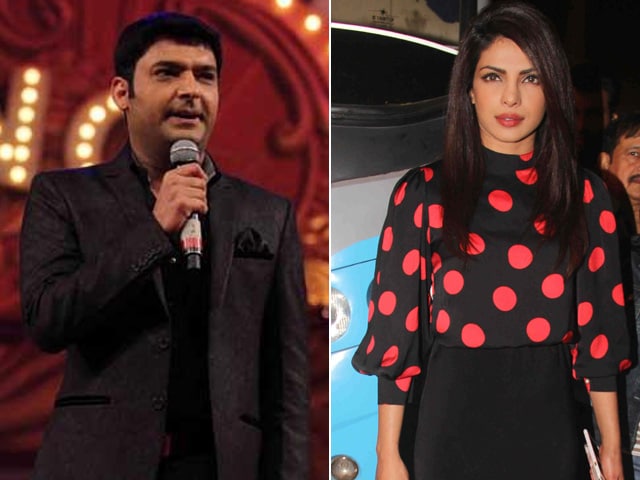 Priyanka Chopra reportedly had a war of words with Kapil Sharma at an award show.

A trail of juicy gossip usually follows in the wake of award shows. One piece of gossip from a recent show left both parties reportedly involved bemused. They chose to respond with humour.
TV comedian Kapil Sharma, who read in a tabloid that he had 'fought' with actress Priyanka Chopra at an awards night he hosted, tweeted:

U r very bad @priyankachopra u didnt even told me that v fought with each other on award function.. Jus saw in news n got to know .. Hahaha

Haha! I don't give importance to untrue news ya Kapil! Big love always to my fav!! @KapilSharmaK9

Priyanka was reported to have kept Kapil waiting for three hours before arriving for the show, only to announce that she was not ready. This apparently miffed the Comedy Nights With Kapil host, who is notorious for keeping celebrities and audience waiting during his own shows.
As per their Twitter conversation, the reported quarrel over Priyanka's alleged lateness never happened.