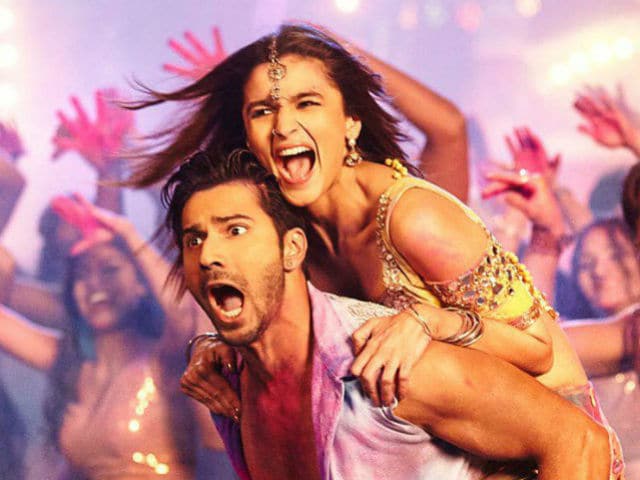 Badrinath and his Dulhania had a particularly happy Holi. Monday for actors Varun Dhawan and Alia Bhatt's new film Badrinath Ki Dulhania was described by trade analyst Taran Adarsh as 'superb,' with the day's collection of Rs 12.08 crore bringing the box office total of four days to Rs 55.13 crore. Badrinath Ki Dulhania opened last Friday and while reviews have been middling, the box office performance has clearly exceeded expectations. Mr Adarsh tweeted a breakdown of the film's business so far by the day: Rs 12.25 crore on Friday, Rs 14.75 crore on Saturday, Rs 16.05 crore on Sunday and Rs 12.08 crore on Monday.
Here's his tweet:

Happy Holi. Badrinath Ki Dulhania, directed by Shashank Khaitan and produced by Karan Johar, is a sequel of sorts to 2014 film Humpty Sharma Ki Dulhania, also starring Varun Dhawan and Alia Bhatt.
Varun stars as Badrinath Bansal, gauche young man who falls for the self-possessed Vaidehi Trivedi, played by Alia, who is less than impressed by his pursuit of her. The supporting cast includes actresses Gauahar Khan and Shweta Basu Prasad.
The soundtrack of Badrinath Ki Dulhania contains a remixed version of Tamma Tamma, the Nineties hit from the Thanedaar, starring Madhuri Dixit and Sanjay Dutt.
The audience response to the film has plainly been tremendous. Critics, however, haven't entirely warmed up to Badrinath Ki Dulhania. In his review for NDTV Movies, Saibal Chatterjee wrote, "Badrinath Ki Dulhania is a pulpy, uneven romantic caper that strives to pass itself off as a mellow tale of patriarchy, love, honour and ambition set in small-town India and couched in doses of humour. Neither the mush nor the air of mirth can pull it out of the trough it digs for itself."