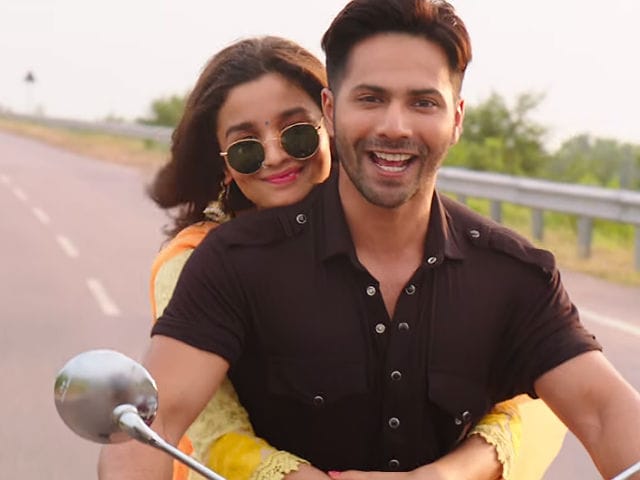 The trailer of upcoming Bollywood film Badrinath Ki Dulhania will remind you of its predecessor Humpty Sharma Ki Dulhania at many levels. It's super fun, cute and extremely colourful like the 2014 film, but it has a fresh story. Actors Varun Dhawan and Alia Bhatt return as the lead pair and Shashank Khaitan returns to the director's chair in the Karan Johar-backed film. Humpty Sharma Ki Dulhania was modelled on Shah Rukh Khan and Kajol's Dilwale Dulhania Le Jayenge with the hero having a tough time to impress his beloved's father. In Badri's (Varun Dhawan) case he couldn't impress his dulhania, Vaidehi (Alia Bhatt).
The trailer starts with Badrinath Bansal's introduction and we know right there that he's naive and will make us laugh a lot. Enter Vaidehi, and Badri is smitten. He tries to woo her but in vain. Vaidehi is an educated and wants a "PQM" (in matrimonial advert words). Badri is nowhere near Vaidehi's expectation but he wants to prove the contrary to her.
The trailer of Badrinath Ki Dulhania invokes the Nineties with the revamped version of 1989 film Thanedaar's song Tamma Tamma Loge. The song was picturized on Madhuri Dixit. Like almost everyone Karan Johar-film, Badrinath Ki Dulhania uses the popularity of an earlier chartbuster and we have no complaints.
Without much ado, watch the trailer of Badrinath Ki Dulhania: