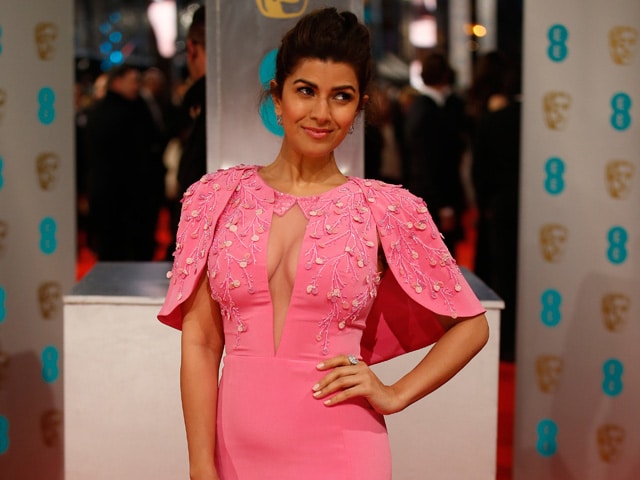 Nimrat represented The Lunchbox at the BAFTA red caprpet in London

Internationally acclaimed movie The Lunchbox missed the trophy for the Film Not in the English Language category of the BAFTA Awards 2015 to Polish-Danish drama movie Ida, which was named the winner at the ceremony.

The list of winners for the 68th edition of the annual gala was announced on the official website of the British Academy of Film and Television Arts (BAFTA) Awards. ( BAFTA 2015: List of Winners)

Actress Nimrat Kaur, the leading lady of The Lunchbox - a unique love story of a lovelorn wife and a lonely man - was seen on the red carpet in a pink Georges Hobeika dress. (In Pics: Julianne, Nimrat, Reese Steal the Show at BAFTA Red Carpet )

The Lunchbox, which also stars actor Irrfan Khan and Nawazuddin Siddiqui, is directed by Ritesh Batra.

In the foreign film category of the BAFTA Awards, it was also competing with Russian drama Leviathan, Brazilian-British adventure drama thriller film Trash and Belgian drama Two Days, One Night.

The awards were announced at the Royal Opera House at a ceremony hosted by Stephen Fry in the presence of a string of international film celebrities.