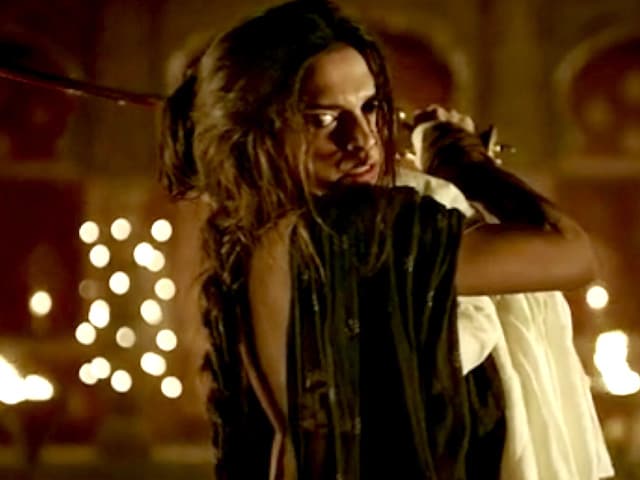 A still from Bajirao Mastani teaser.

A sliver of Indian history gets the Sanjay Leela Bhansali treatment in Bajirao Mastani, the first trailer of which has been released by producers Eros Now on Twitter.
Starring Ranveer Singh as the Maratha leader Peshwa Bajirao, Deepika Padukone as his warrior queen Mastani and Priyanka Chopra as his first wife Kashibai, everything about the film is on a scale vast and grand, the hallmark of a Bhansali-made movie:


It's that moment when time stands still. Presenting the spellbinding #BajiraoMastaniTeaser! http://t.co/tN5Q3VG4Ff

The two-and-a-half minute teaser is shorn of dialogues (except briefly in the end) but it's packed to the brim with scenes of battle starring Ranveer and Deepika, who wields her bow and arrow just as masterfully as Katniss Everdeen in The Hunger Games. Priyanka provides a glimpse of what happens off the battlefield.
While the film is a saga about the romance between the Peshwa general and his second wife Mastani, the trailer presents zilch glimpses of the love story, except at the very end with the pronouncement: "Bajirao ne Mastani se mohabbat ki hai ayashi nahi" (delivered by Ranveer).
Bajirao Mastani is slated to release on December 18, along with Rohit Shetty's Dilwale starring Shah Rukh Khan, Kajol, Varun Dhawan and Kriti Sanon.