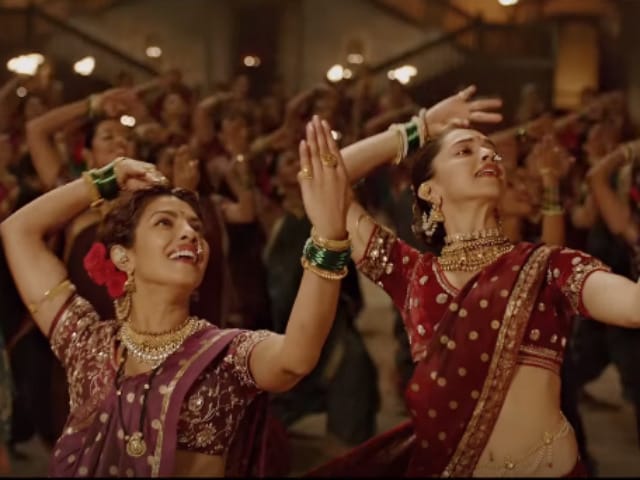 A still from Pinga.

"As I could not withstand the insult to Maratha history, Maratha ethos and Indian culture, I am making this appeal to you that the Maharashtra government pay attention, review the entire film, and with proper inquiry arrive at an appropriate decision," Prasadrao Peshwa said in a letter to Devendra Fadnavis

Prasadrao Peshwa, a descendant of Bajirao Peshwa I has alleged that historical facts have been "altered" in Sanjay Leela Bhansali's Bajirao Mastani, which stars Ranveer Singh, Deepika Padukone and Priyanka Chopra.
In a letter written to Maharashtra Chief Minister Devendra Fadnavis on November 19, Bajirao's descendant Prasadrao Peshwa has demanded that the government look into the issue, review the upcoming film, investigate the matter and take a decision accordingly.
Prasadrao said that he is an ordinary citizen, and wrote to the chief minister after watching the teasers and promos of the film.
"It has been found out that the said cinema, in the name of cinematic liberty, has altered original history. Also a song has been picturised on the wife of Shrimant Bajirao Peshwa, Kashibai and Mastani. This incident is not keeping in line with the history," he alleged.
"Moreover, the Pinga dance form is an integral part of Marathi culture and has been transformed into an item song. The costumes and dance directions are on those lines," he said.
Prasadrao said that the warrior king Shrimant Bajirao Peshwa and the overall legacy of the Peshwas is a matter of Maharashtrian pride.
"The historical personalities are always a matter of respect. The picturisation of the said film, the historical references of the period and the story appear to be perverted," he charged.
"As I could not withstand the insult to Maratha history, Maratha ethos and Indian culture, I am making this appeal to you that the Maharashtra government pay attention, review the entire film, and with proper inquiry arrive at an appropriate decision," he said in the letter to Mr Fadnavis.
As per historical records, Bajirao Ballal Bhat, better known as Bajirao I, was born on August 18, 1700 and ruled between 1720 to 1740. He died in a battle on April 28, 1740. According to historical records, Bajirao I fought 41 wars and was never defeated in a battle.
Another descendant of queen Kashibai Peshwa, who wished not to be named, claimed that Kashibai suffered from an arthritis-like ailment from a very young age and was bed-ridden for most of her life.
"The late queen was highly learned and had her own library. Since the late queen Kashibai suffered from a debilitating disease of the knee joints, she could never have been expected to dance. Moreover, the royal ladies never danced in public," he said. (Also Read: The Bajirao, Mastani and Kashibai Love Triangle in New Poster)