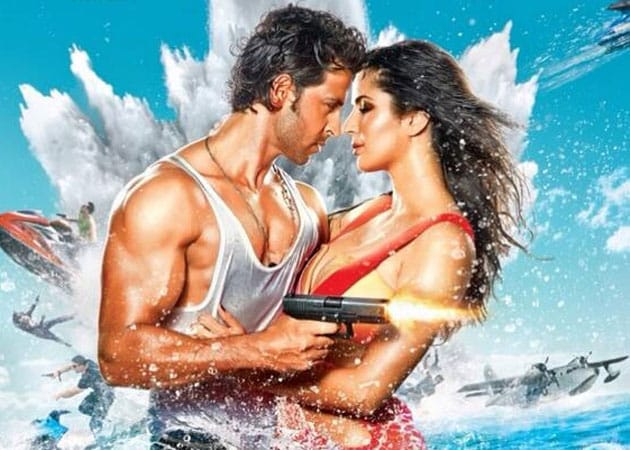 Hrithik and Katrina on the poster of Bang Bang

The first poster of Bang Bang starring Hrithik Roshan and Katrina Kaif has been unveiled.

The first poster of Bang Bang starring Hrithik Roshan and Katrina Kaif has been unveiled.
The poster shows a multi-tasking Hrithik scooping up Katrina with one hand and firing a gun with the other. The chemistry between Hrithik and Katrina, semi-submerged in water, is crackling. (Also Read: Bang Bang Will Have Visual Effects Courtesy Los Angeles' Fox Studios)
Behind the lead couple, jet skis and airplanes explode into action, promising high voltage thrills with romance thrown in for good measure. The movie is the official Bollywood remake of the Hollywood film Knight and Day which starred Tom Cruise and Cameron Diaz. Directed by Siddharth Anand, the desi version has Hrithik and Katrina playing the roles of a secret agent and his accidental partner.
The film has been produced by Fox Star Studios and will hit the screens on October 2.