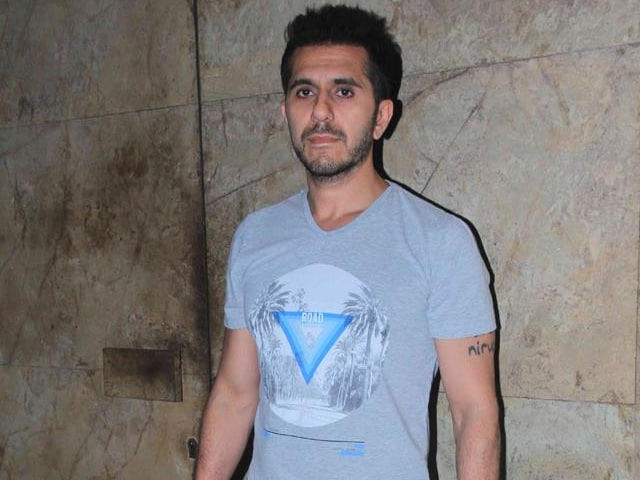 Ritesh Sidhwani at an event in Mumbai

"I am as clueless and shocked as you are because they decided to ban the film based on a trailer. But I have explained it to them that you cannot judge a movie on the basis of a trailer," Ritesh Sidhwani said

Producer Ritesh Sidhwani, whose upcoming film Bangistan has been stalled in Pakistan, said that he is 'shocked and clueless' about the satire comedy being banned in the neighbouring country.
"I am as clueless and shocked as you are because they decided to ban the film based on a trailer. But I have explained it to them that you cannot judge a movie on the basis of a trailer. A trailer will have to show a conflict and I cannot show you the entire film in my trailer," Ritesh told IANS.
As far as the film is concerned, Ritesh said, "We have created a fictional country called Bangistan, which has its own passport, national flag and its own position on the world map. We have created a different world where people of all castes reside."
"But nowhere in the film does it say it's Pakistan," he added.
The Dil Chahta Hai producer also added that he has written to the Pakistan High Commission to send him an invitation letter so that he can show the movie to prove that it is not 'anti-Pakistan'.
"I have written to them that I would come there personally with my team to show the film and then take a call after watching it," he said.
The producer along with the film's director Karan Anshuman and actors Riteish Deshmukh and Pulkit Samrat have reportedly applied, to visit the country.
When Ritesh was asked about his visit to Pakistan, he said, "I need an invitation letter before I apply for the visa. Without an invitation letter, I cannot go to Pakistan. I am hoping that they will give me the letter."
The film was mostly shot in Poland and Ladakh and revolves around two suicide bombers, Hafeez Bin Ali Ishwarchand Sharma played by Riteish and Allah Rakha Khan Praveen Chaturvedi played by Pulkit, who have been brainwashed into an explosive mission but eventually realise that the death wish is a futile exercise.
Bangistan, which was scheduled to release on July 31, will now release on August 7. Ritesh shared the news on Twitter. "Bangistan Now Releases On 7th August," tweeted Ritesh.
Meanwhile, Trade analyst Taran Adarsh wrote on Twitter:

Due to unprecedented demand and historic collections of #BajrangiBhaijaan and #Baahubali, #Bangistan now shifted to 7 August.