Befikre: The film starring Ranveer Singh and Vaani Kapoor was released on Friday and had collected Rs 46.24 crore till Wednesday 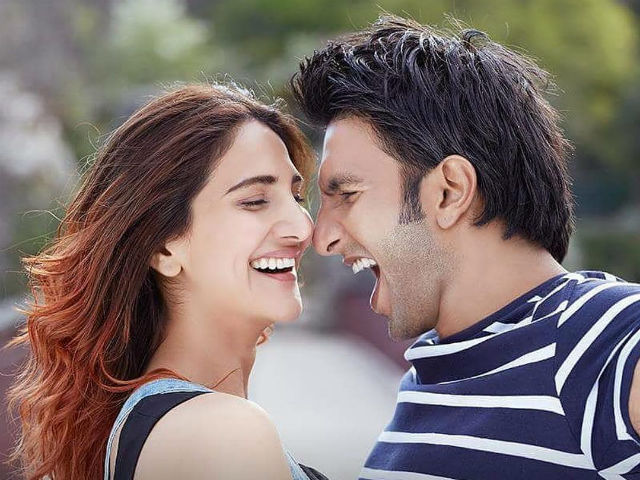 The box office total of Aditya Chopra's film Befikre dipped even lower on the sixth day, according to trade analyst Taran Adarsh. Befike, starring Ranveer Singh and Vaani Kapoor, released last Friday and had collected Rs 46.24 crore till yesterday. The film's earnings peaked on Sunday and has seen a steady drop in business since. Taran Adarsh places the day-wise totals of Befikre at: Rs 10.36 crores on Friday, Rs 11.60 crore on Saturday, Rs 12.47 crore on Sunday, Rs 5.20 crore on Monday, Rs 3.59 crore on Tuesday and Rs 3.02 crore on Wednesday. Befikre, Aditya Chopra's fourth film, is set in Paris and marks a significant departure from his early movies like Dilwale Dulhania Le Jayenge.
Taran Adarsh tweeted a summary of Befikre's business so far:

Befikre tells the story of Dharam and Shyra, played by Ranveer Singh and Vaani Kapoor, who meet in Paris and embark on a 'no strings attached' relationship, quite unlike the love stories that Mr Chopra told in films like DDLJ and Mohabbatein. The film opened to generally poor reviews.
The film contains a risque scene of Ranveer Singh stripping down and while the Censor Board reportedly passed a shot of the actor's posterior, it cut kissing scenes featuring gay couples. "Yes, we have removed the gay kiss from the first song in Befikre. The whole song is about various couples of different ages kissing all over Paris. We felt the gay kiss would not be acceptable to all the viewers," Censor Board chief Pahlaj Nihalani told The Quint.
Befikre is Aditya Chopra's first film without actor Shah Rukh Khan. Ranveer Singh is now working on director Sanjay Leela Bhansali's Padmavati with Deepika Padukone and Shahid Kapoor. Vaani Kapoor has not announced her next project yet.