Befikre Ranveer Singh Finally Reveals the Secret Behind His Energy 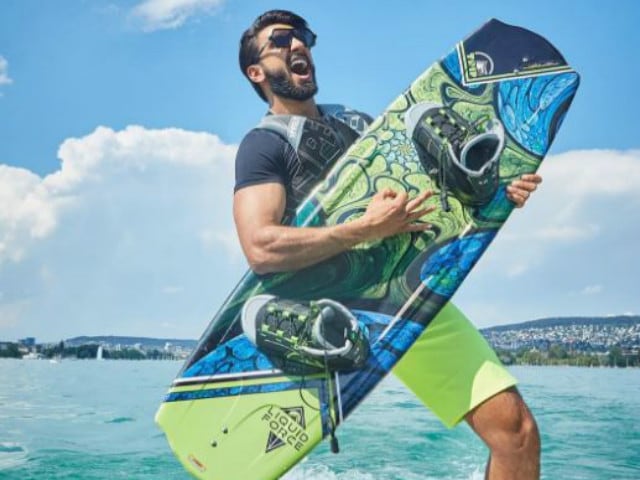 Energy, exuberance, effervescence and enthusiasm - actor Ranveer Singh has emerged synonymous with these adjectives, and he said it's the "Take it easy" policy that helps him to live each day as if it's his last.
"I have an immense love for life, I have a great zeal for life, I have a great lust for life, you could say, and therefore I live every day like it's my last and I do everything like it's either the first time I'm doing it or the last time I'm doing it. So, I really go after it with everything I've got," Ranveer told IANS in an exclusive interaction as the ambassador of toothpaste brand Colgate MaxFresh.

"I try and live in the moment as much as possible, and I think essentially that might very well be the secret of my energy - high energy," he said smiling and looking cool in a pair of funky shades.

Often, due to this perception about Ranveer and his ability to take over a stage whenever he performs live or makes an appearance for a TV show, one would think he is a better performer than an actor - even though one knows how he has earned rave reviews for his roles in films like Band Baaja Baaraat, Lootera, Goliyon Ki Raasleela Ram-Leela, Gunday, Dil Dhadakne Do and Bajirao Mastani.
What does he say about that?


#Repost @befikrethefilm with @repostapp She's as #Befikre as it gets & we love her for it! #HappyBirthdayVaani! @_vaanikapoor_

"Life in the fast lane can be very stressful, of course, show business can be very stressful, but I've learnt that as a manipulator of one's moods, as an actor, as a performer, on a daily basis, you're manipulating your moods. So as a general rule of thumb, I try and keep things light. I like to smile a lot, laugh a lot, joke a lot," said Ranveer.
"I like to have a convivial, sort of jovial atmosphere in my life, whenever I'm working. I think that's very important. It's good for health also," said the actor, who not just gets a kick in the morning when he brushes his teeth, but also with a hot cup of coffee.
Also, since fitness is an indispensable aspect of an actor's life, he ensures he works out.

"I try and workout. It gives you a rush of endorphins and that keeps you feeling good for the rest of the day. A good mood sort of flows from there," he said and added that even music sets a jolly mood for him.
"I listen to certain kinds of music that keeps me happy. For instance, today (when the interview was conducted) I started with Urvashi Urvashi... Take it Easy Policy. I'm sure you know that song, everybody knows that song," he said, breaking into two lines from the peppy AR Rahman number which was famously picturised on Prabhu Deva in the film Hum Se Hai Muqabala.
"I believe in the philosophy, in this deep philosophy of this most famous song, Take It Easy Policy. Take it easy is the best policy," he said.