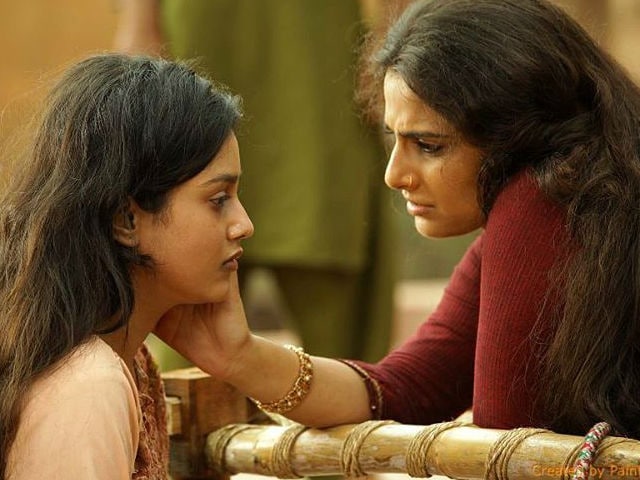 Actress Vidya Balan's Begum Jaan got a slow start on Friday, reports Trade Analyst Taran Adarsh. The film collected a little above Rs 3 crore on the opening day. The trade analyst also added that the business needs to "multiply" over the weekend to come up "decent total." Vidya Balan's Begum Jaanhit the screens on Friday to damp reviews. Most of the film critics praised Vidya Balan but her performance could not overpower the loopholes in the film. Begum Jaan released two days after Hollywood's Fate Of The Furious, the eighth film in Fast & Furious franshise and the first without Paul Walker. Taran Adarsh said that Fate Of The Furious and Punjabi film Manje Bistre "made a dent" in Begum Jaan's collection.
Here's what Taran Adarsh tweeted:


#BegumJaan biz needs to multiply on Sat Sun to come up with a decent weekend total... Fri 3.94 cr. India biz.

Siabal Chatterjee in his review for NDTV wrote: "Vidya Balan goes all out and delivers a knockout performance as the madam of a brothel," but of the film he said: "A potentially explosive idea lost in banshee-like shrillness, rapid-fire storytelling and much volatility triggered by a collision of history and hysteria." He gave the film 2.5 stars.
Begum Jaan is an adaptation of Bengali film Rajkahini with Rituparna Sengupta in lead role. Both the Hindi and Bengali versions have been directed by Srijit Mukherji.
Watch the trailer of Begum Jaan:

Begum Jaan is the story of a brothel madam who fights to keep the ownership of her haveli after she was asked to evacuate because the line of partition (the Radcliffe Line) passed through it. Begum Jaan and 11 other women in the house fight goons, local politicians and East India Company officials to retain the ownership.
Watch Begum Jaan song Aazaadiyan: